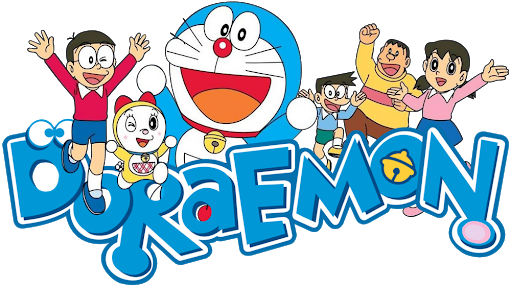 Doraemon is my favorite cartoon. Not only mine, this is the cartoon which I believe has influenced nearly the child of nearly every age and income group as well as of different generations. I used to watch it when I was in fifth standard (nine years old). Now my distant nephews like to watch it. Even the grandchildren of our housemaid like to watch it too.

It is unbelievable that Doraemon which made it’s debut appearance through the means of comics illustrated by a Japanese man, Fujiko went viral across the world in 1970s, a period during which the people didn’t even know about the term ‘Internet’.

What has made Doraemon so popular? I’ve carried out a small research at my level and I’m sharing those 17 tactics which the producers might have used.

17 Tactics That Made Doraemon Popular.

Children are sensitive. They generally get connected with anything which touches their emotions. The producers have targeted the entire audience of children. They provided the clean content regardless of place and time.

Most of the children whether they tell or describe or not have some feelings external to friendship with someone. So when they saw Nobita flirting with Shizuka, they found their stories of life parallel to him.

3. Rivalry Between Nobita and Degi Sugi.

Shizuka used to befriend with Degi Sugi, which used to make Nobita envious of him.

Everyone of us have a classmate who is very good at studies and generally has a withdrawal from other activities. Children like befriending them with mean ends. Such was the case of Degi Sugi. Seeing the condition, even studious children who don’t like watching cartoons, love watching it.

Obstentatiousness or showy nature is the problem of every generation, from children to uncles.
This nature of some children is showcased by Sunio Monikava. He has too many uncles who send him expensive gifts. His dad is a rich estate owner who affords to take his family to abroad excursions. His mother is an enthusiast of shopping clothes and jewelry. He himself has a passion of meeting celebrities.
Of these achievements, he boasts heavily.
Don’t you feel irritated when someone constantly talks about his wealth. The character was included in Doraemon so that children who hate this kind of people can feel pity after watching the episode.

No matter, which country do we live in; in every school, there is a bully. Bully is often flattered by a weak but cunning person. The character of bully is played by Gian Goda and the flaterer is Sunio. They both tease Nobita extensively.

All of us have some classmates who are not so good at studies and are often teased by everyone. They constantly feel themselves as load on earth. The character is played by Nobita.

The lead role of the cartoon episodes is Doraemon , who is a male cat robot. this can be quite hypothetical. But imagining this 1970s is really a applaudable task. As soon as he entered the life of Nobita everything is changed.
He looks cute and children literally love watching cute little things.
It’s every child’s daydream to get something magical. So gazing at something magical (Doraemon’s gadgets) was what they fascinated. 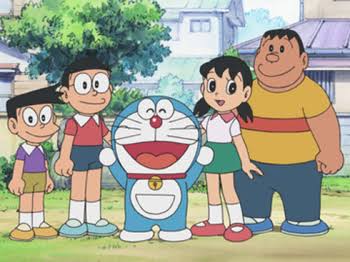 The above mentioned eight points signified how the characters of Doraemon made a difference. Now let’s discuss about how their marketing schemes were different.

Do/did you like Shin Chan? The reply must be obvious. It’s for kids. But I must ask, then why Doraemon? Isn’t it for kids?
Look! here is a difference. Shin Chan’s animation is like someone has drawn (perhaps Kindergarten Children) but the animation of Doraemon is neat which makes it upto the standards of even middle school children. While the scope of Shin Chan has just limited to primary school students.

Not much money is needed to advertise if budget planned properly. While advertising Doraemon, No hateful or misguiding content is used. They have recently made their presence on social media. Many accessories and Toys of Doraemon are now available in market.

Whatever is showcased in Doraemon is trusted by the parents of children. By this way, they’re able to explain their children about many aspects in a healthy way( for e.g. Nobita and Shizuka’s date, pinkening of cheeks of Shizuka while being shy).

The content is simple and easy to be understood. Children get to learn many new things. By means of Doraemon’s gadgets, children know and generate interest about science in an amusing way.

The content is relevant even after the story is set in 1970s. Children find parallelism of the concept with their day to day life. They strengthen their morality.

You can call it a rumor, controversy or conspiracy, but a recent youtube video has gone viral showing the story of the last episode of Doraemon. But it wasn’t ever telecasted on TV, nor was ever translated to any other language other than japanese. Once you know the last episode of a serial, would you bother to see the whole series again with the same interest? Comment below.

I posted this article in 2018, at that time, when I read, watched and heard of the news of Doraemon’s last episode, I assumed it to be true and wrote this post with that assumption in mind. But later on, I came to know that, that episode was fan made. Since, that episode showed that Doraemon freezed because of his battery damage, which was in his ears, which were torn down by rats in the first episode. But, when I watched the first episode, I came to know that the ears were just for presentation. Hence, they had no real use, and it was a false statement that he had his battery in his ears.

Children are taught to remain positive with Doraemon. Even after all the main characters keep fighting, they join hands in times of troubles and go on expeditions. Although they’re children they are daring and brave.

Doraemon is addictive. Research says that things which addict are the most successful and fetch more money.
So these were the 17 tactics that made Doraemon so popular. Comment below if you think, there is any other strategy left which I haven’t covered. You can subscribe to this website. If you feel free, you can also read other posts.
Click here to reach the homepage.
You can also buy my book ‘Sarita‘