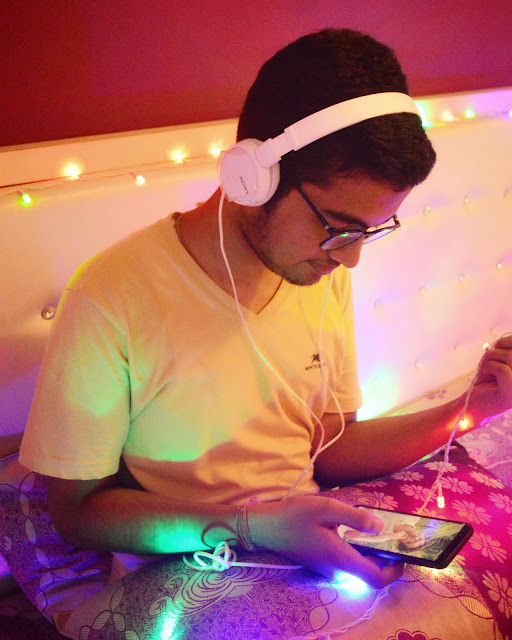 So, finally I’ve made my mind that I’ll never wear anything made of denim again. I think I should have taken this decision long ago. But then, it was just a feeling; today it is a decision.

How All This Began?

Three years back, when I was fifteen, one summer day, I felt, why was I feeling the urge to itch my legs the entire day. I checked that a patch of my skin had caught fungal infection. I applied an anti fungal cream and changed my clothes. I felt more comfortable then.
That day I was wearing jeans but I knew that that was the reason only when the infection kept recurring and hurting. Finally, I decided to bring a change in my clothing.
I opted for cotton shorts for most of my casual purposes; but jeans still played its part in formal events. if you might know, jeans is not formal (still what the people in the society around me consider formal is ‘Bhare poore kapde‘ no matter what)
In the winters of that year, I bought some soft trousers and pajamas.
My height has grown hardly five to six inches in the past five years. So most of my clothes are same, though some faded or torn clothes have been replaced.
That year, I had around fifteen pair of jeans. I decided to retire them, but after some time I decided to just keep four pairs in case they’re needed in future.
But just day before yesterday, I just took them out of my cupboard after I researched a lot on denims. In this article, I’d like to quote a few other articles as I’m not a scientist but just a person who is crazy over holistic living.

Do You Really Need To Wear Denim?

In nineteenth century, denim jeans was discovered by Levi Straus for gold miners. It proved to be quite versatile as the people didn’t need to change it again and again. The fabric is strong enough.
But if you’re able to wear hygienic clothes, you certainly don’t need to wear denim. Wear light and natural fabric which suits your body really well. You’re a gift of god to the nature.
As I’ve already experienced, wearing denim can cause fungal infection, as it neither absorbs sweat nor lets it come out. I’ve also experienced that it can hamper your blood circulation.
Just try it at home. Wear a pair of shorts and do any physical activity. Then wear a pair of denim jeans and do the same physical activity for the same time. After wearing which outfit did you feel more tired?

As per an article written by Priyadarshini Muduli on www.mostinside.com, Wearing jeans can be a cause of Nerve Damage, Yeast Infection, Blood Clot, Abdominal Pain, Infertility/sterility and back pain.
If you might be wondering that you don’t have any of these diseases, I don’t suggest you to wait for these symptoms; instead leave it right now.

Harms Wearing Denim Jeans Can Cause To The Environment.

According to an article on Youthkiawaaz.com  by Isha Chitnis, “That trending distressed, denim-wash look blue jeans have is the result of several chemical-heavy washes. Fabric printing and dyeing involves heavy metals like cadmium, sulphur, lead and mercury, which are chemicals you wouldn’t usually want to deal with. These chemicals from washing, along with the blue dye which is used on a monumental scale (remember the 2.5 million pairs of jeans a day?) is let untreated into the rivers nearby.“
According to another article on Greenpeace.org which gave a coverage to the Chinese textile towns of Xintang and Gurao, ” Xintang is famous as the “Jeans Capital of the World” – it produces over 260 million pairs of jeans a year, equivalent to 60% of China’s total jeans production, and 40% of the jeans sold in the US each year.”

What we know as jeans was just made for those people who are engaged in professions where they don’t need to change their clothes everyday, for e.g miners, travelers (read my travel stories here). But, If we’re able to live in a healthy environment, we should opt for sustainable clothing. Denim jeans are a cause of many diseases, Nerve Damage, Yeast Infection, Blood Clot, Abdominal Pain, Infertility/sterility and back pain to name a few. Apart from this heavy metals like cadmium, sulphur, lead and mercury are used which are an additional havoc. They end up in water bodies as well which deprives the right of the people of associated areas to clean water.