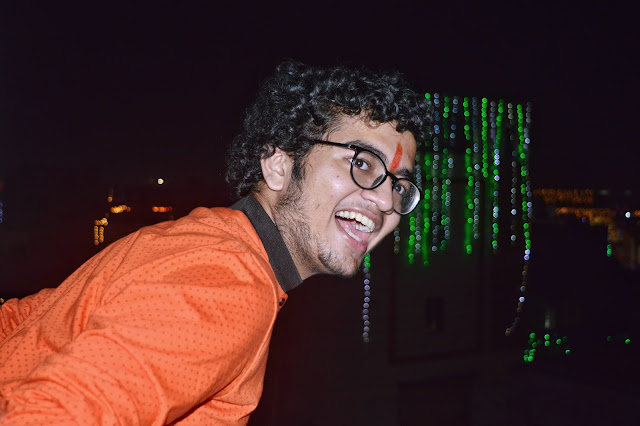 I got big enough vacations this Diwali. I came on 18th of October. On that day, I wasn’t feeling well as I was suffering with sore throat, cough, cold and a mild fever. It was Friday; I had to be absent on that day due to this health concern. On Saturdays, I just have two hours of class, so whenever I’ve to come home, it’s usually skipped. Then came Sunday, the next day Monday also passed with me being absent and the three days which followed marked our college fest. Then came the Diwali holidays. It’s such a blessing to get so many holidays connected.
Diwali is a festival of big concern in Northern India. I actually love the entire festive month of Kartik. You have Sharad Purnima, Karwa Chauth, Ahoi Ashtami, Dhanteras, Diwali, Bhai Doj, Surya Shashthi(Chhat), Gopashtmi, Aanvla Navmi, Devothini Ekadashi and Kartik Purnima.
Whenever I’m at home, I can feel my creativity, innovation and productivity returning which seem to be suppressed while I’m in hostel or college. I completed a few courses which were pending since weeks. I worked on my Sanskrit vocabulary as well.
I’m notorious to visit my home in every two weeks. Some classmates even tease me every Saturday, “Didn’t you go home today?”
To be honest, I really love this festival. What I don’t like is, a social obligation dress extravagantly. To those, who like it, I don’t object, but I don’t like the notion about which outfits are called traditional.
Kurta-Pajama is not ethnic or traditional, it is an influence of Middle Eastern civilization on Indian Culture.
I have uploaded 28 pictures in this article. Please don’t expect a 1000 worded piece of content as it’s a photo based blog-post. But I expect that you’ll love it. 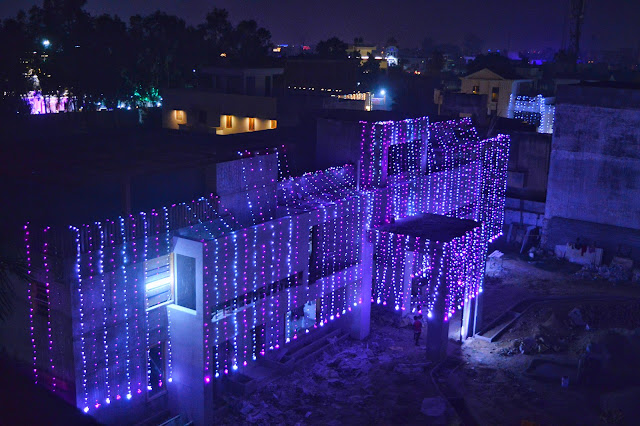 Installing a water fountain or any other article relating to flowing water, It can add humidity to the surroundings, help in curbing electromagnetic radiation and can absorb negative ions and dust as well.

How is Diwali Celebrated in West UP Households?What I’m telling you might vary from culture to culture. In India, culture is not bound to demographics, there are many factors. We’ve various sects and varnas to determine the cultural processions.
I’m telling you according to what happens in a typical West Uttar Pradesh’s Aggrawal Vanik /Baniya /Vaishya household.
Every year, a statue or two is bought and is displayed. Suppose if you bring one to your home, you must also display all the statues accumulated in the previous years.
Lamps are lit. 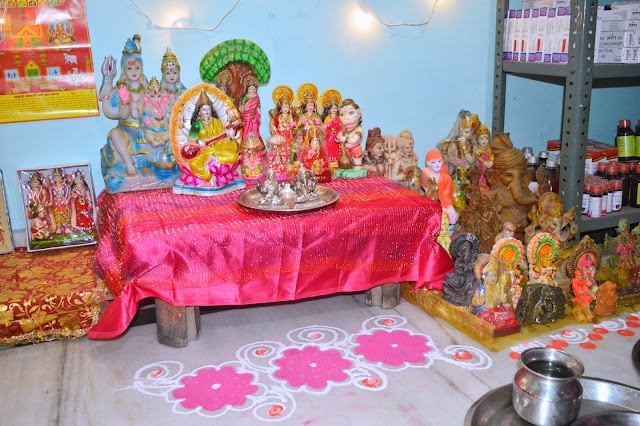 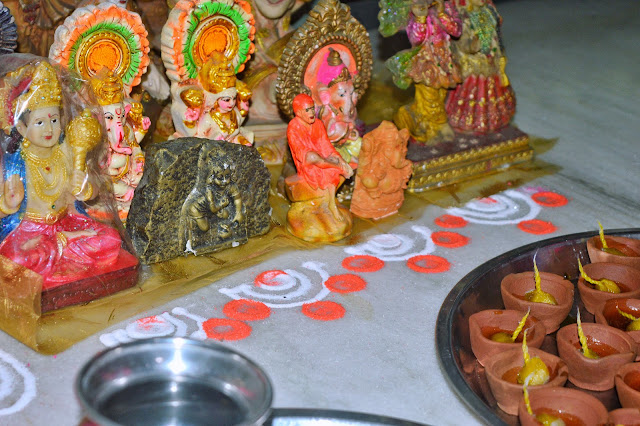 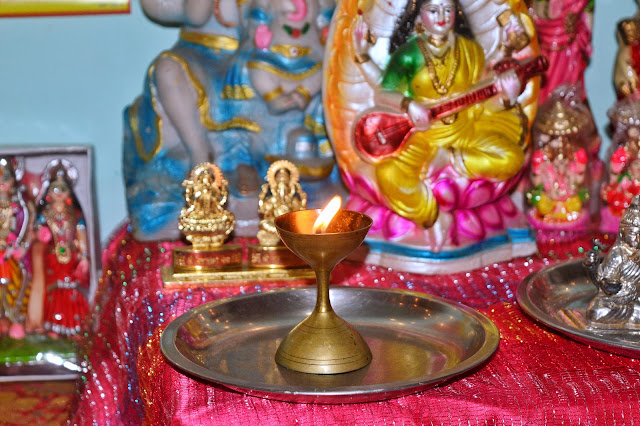 On Chhoti Diwali, Lamps are offered in the names of your local (Gram devi-devta) and family gods-goddesses (Kul Devi-Devta)
and ancestors (Pitra). 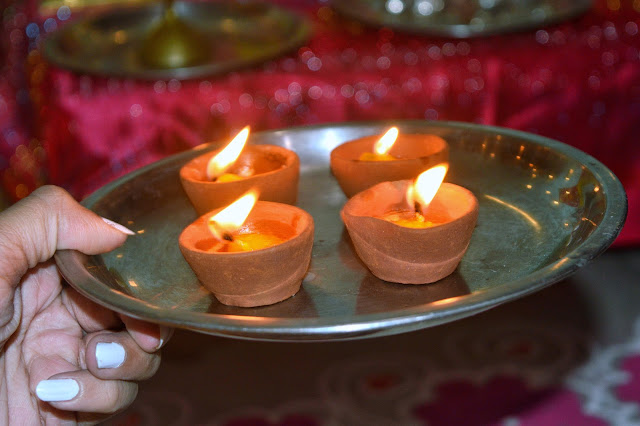 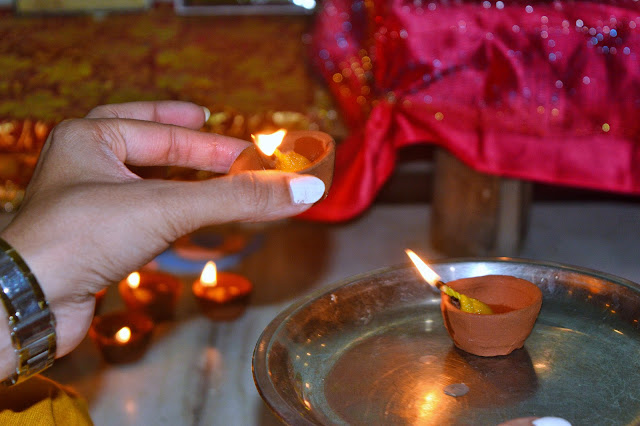 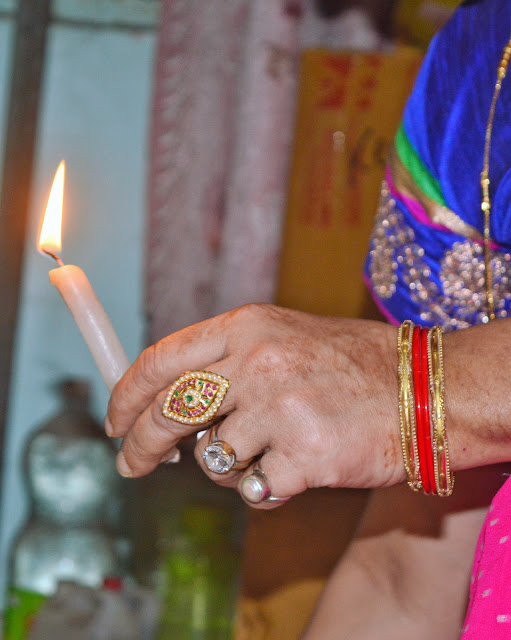 While on Badi Diwali, Rice Puffs(Kheel) and Sugar Bubbles (Batashe) are offered on the name of former. 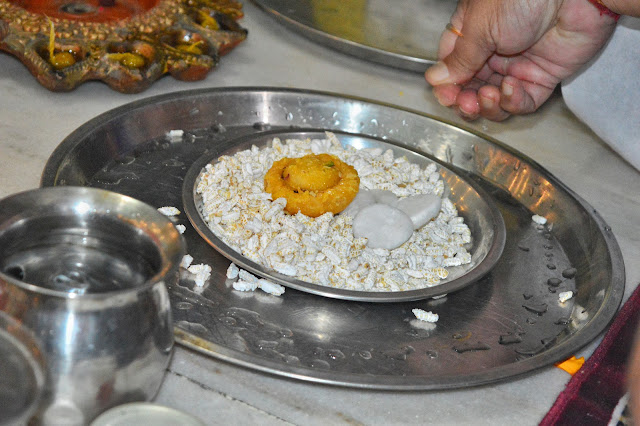 Hypothetical Statues of houses are displayed signifying household prosperity . They are known as Hatdi. 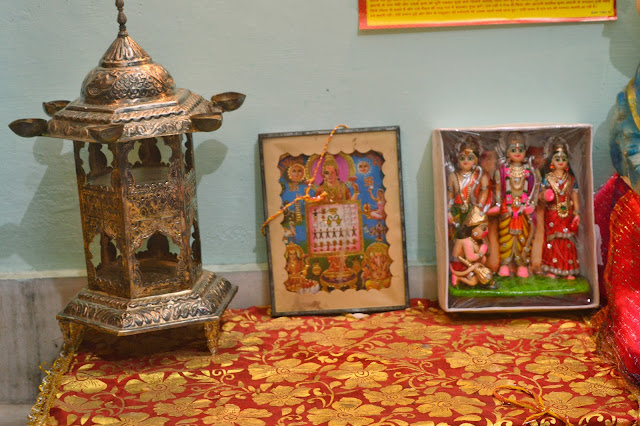 Now, I’d like you to enjoy some more candids.

Some Updates About Our Rangoli

My sister is a good painter. She got several prizes in her school and college in several art competitions. Let me share with you the Rangoli she made this year.
Rangoli is an integral part of every tradition; still northern Indians have left it to oblivion. It is remembered only during festivals and events, while people in many other parts of the country have it in their daily routine.

If you think you need to be a good artist or painter to make a rangoli, you’re wrong. There’s no bias or criterion to be perfect in order to make a rangoli. I’m not good at drawing still I drew a few Rangolis of scientific importance.

As per Guruprasad.net, “The harmonic vibration patterns manifests into pleasing sounds which can soothe the mind. Similarly, in the visual domain, we have corresponding harmonics for every frequency which when combined, leads to artistic patterns which are pleasing to see and have a calming effect. ” In simpler words, Rangoli is a pictorial representation of harmonic sound waves, which when seen can calm the mind.
I used Geru (Ochre) to make the rangoli, it is a clay which has a high amount of iron oxide.

Looking for any sculptor

I’ve always been interested in buying environmentally safe statues. When I discussed this with my parents, they also wish for the same. I can’t even bear the fact that the aquatic life is dying
The biggest problem is that our market is stuffed with Plaster of Paris statues. There are only scarce chances of finding Clay statues. And if they’re found, they’re coated with plastic paint or varnish, which makes them toxic as well.
So, I’m searching for any statue maker or sculptor who can make statues in front of us so that we could get either rock or clay statues without any coating of paint.
If you know of any such sculptor, let me know in the comments below. I’ll also give a shoutout and backlink to all the people who comment. 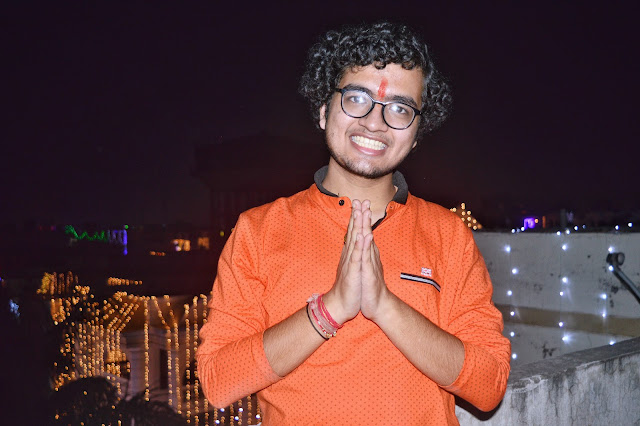 1 thought on “How is Diwali Celebrated in West UP Households?”