To be very straightforward, I must tell you what I want. You have landed on the right site. Here, I reveal the truths behind what is considered ordinary. I don’t take anything for granted. ‘Why’ is always my question before accepting any fact which has many a times driven people around me restless or disgusted. But it’s my way of life and I’m proud of it.

I’ve written various other education and related self help articles which can be helpful to you. Click here to access them.
You’ve a reason to trust me. I’m not hired by any college to do their promotions.
Failed expectations and broken trusts can teach you big lessons in your life.  If you learn from others’ mistakes, you save your time by preventing yourself from doing the same.
So, today, I’m going to do a critical and logical analysis of imposition of uniforms in colleges. If imposing uniforms is really required in colleges.
Here are some proofs that uniforms in colleges are useless. 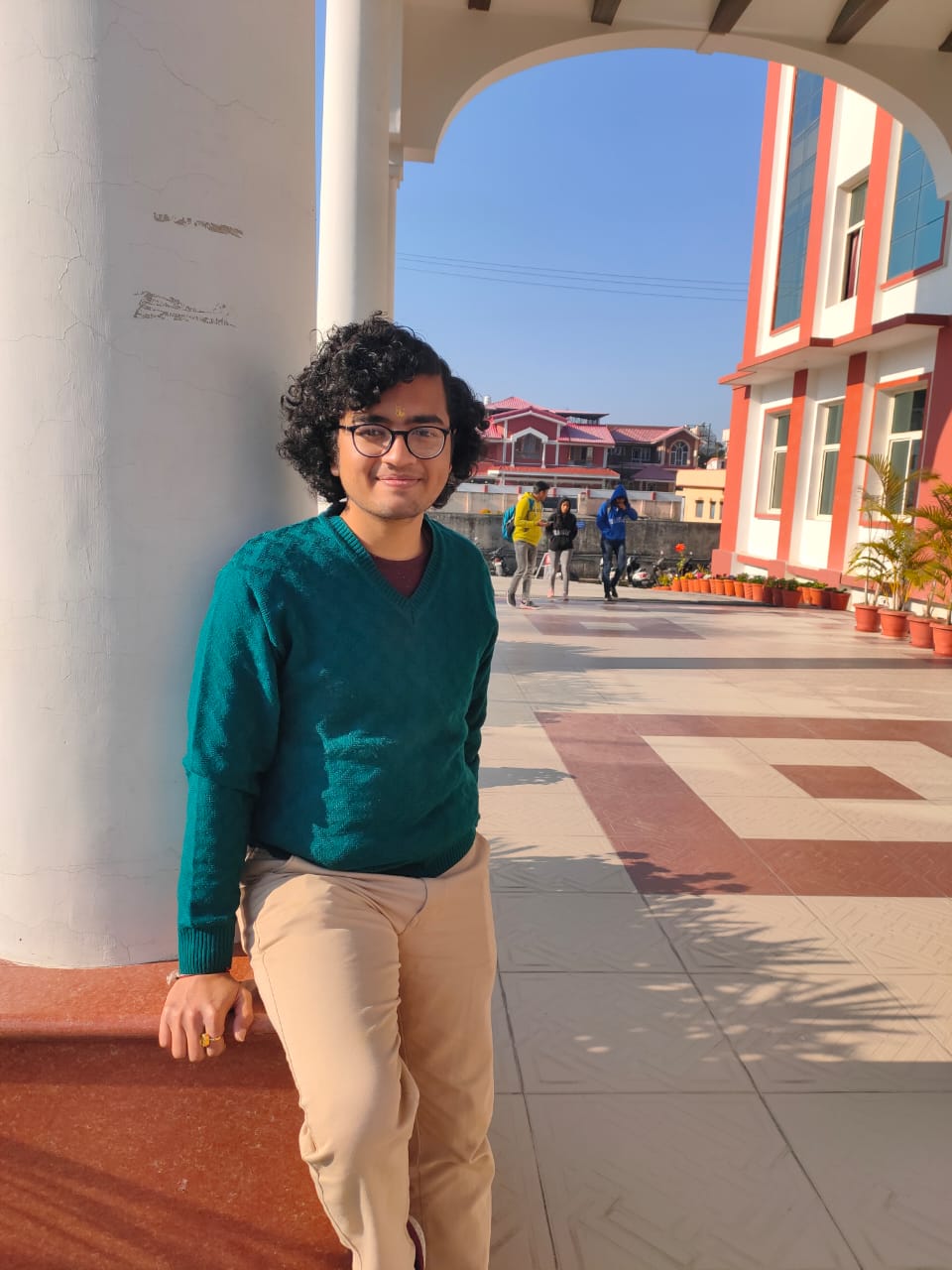 I’ve mentioned it a lot of time, but I must explain it again. Imposing uniforms is the best way to dominate the children. Once, students wear uniforms, they’re like sheep driven by a herder. They’re supposed to be in utmost discipline. Discipline is not a virtuous quality. It is an abstract noun derived from common noun ‘disciple‘ which means ‘a follower’. Rather than imposing discipline, modern colleges should put their energy towards promoting self discipline.
Let me take you to the second point.

Imposing uniforms in colleges is a failure if, even after the imposition and observance of discipline; students are frustrated or stressed.
I was really worried after seeing various of my classmates and hostelmates abusing. I asked them why do they do so. They told me that such habit was indoctrined in them during their schooldays only and it acted as their mode of relaxation from frustration.
Do our educational institutions have any solution to this habit?
Abusive language proves that the person somehow lacks confidence and is mentally, emotionally and spiritually not disciplined. If such discipline is not able to be achieved; physical discipline is completely useless and doesn’t serve the purpose.

Even though, some students are smart enough to get their uniforms from local tailors (more power to them), majority of students still buy them from their colleges themselves. This acts as a source of revenue for the colleges as well.

In various countries, even schools don’t have uniforms imposed. In schools, it is still not a big issue. Because, school children are minors and need guidance.
But, college students are adults, right? Why is it that colleges impose uniforms on them too?
They can take their own decisions. There’s no need of dominance.

5. Promotion of Body Shaming and Self Loathing

Whenever you wear what you like, you own your vibe. You’re comfortable and more productive when you do so. But what happens when uniform is imposed on you. Your productivity declines. How often, would students describe their uniforms as ‘comfortable’?
To certain styles and dress forms, students are shamed. Students in this way are more cautious over how they look than they should bother to think over. This leads to a culture of body shaming and self loathing.
So many students commit suicide every year. What happens when a student commits suicide. Their friends might be disturbed for a few days. Depression is a life sentence for the parents of the deceased. What does the college observe, then? It declares a one day holiday for condolence or if not even that, a two minute silence and then carries on for ever, that administrative and educational systematic stagnation.

6. Colleges create their own exceptions

Uniforms are for promoting equality, right? But, some colleges set casual days as well. Students can dress extraordinarily on that day and boast about how some other students are unequal or less gifted than them.
Surf through any college’s website, hardly you’ll find it’s classes’ pictures over there, as they’re mostly in academics’ section. In college life section, you would mostly find paid models’ photo shoot in that college campus or some fests.
Have you ever seen a dress code in fests of any college. No, on the day of fests, colleges act as if they’re too open minded, whereas actually, uniform imposers are not. But, still, with good fests’ branding, they’re able to represent that their college has a good college life, even if, it is shoe trodden under the administration.
I don’t think any college thinks about equality among its students on casual days or fests. Why?

7. Life is not just limited to your college now

In this age, your life is not just limited to your college. By the time, you’re in college, you’re more casual with your peers. You also meet outside the campus often. If you’ve friends, you might hang out with them. If you’re in any relationship, you might go on a date. Does this college’s cliche ‘Uniformity and Discipline’ follow you anywhere? Does it hold any use in your daily life?
Rather than making its students live in a utopia (which is bestowed by this uniform culture), the college should rather focus on mirroring the real world so as to make its students more practical.

Many colleges write on their websites that “with the introduction of uniforms, our motive is to bear a common ground for all the students who come from different cultures.”
This is the cheapest rubbish, I’ve ever read.
If you want to bring a common ground for students from all the cultures, then rather than forcing uniforms on them, motivate them to wear what they want. If a girl wears a saree, no one should object. If another girl wears western, then too it shouldn’t be trouble. If a boy wears western clothing, he doesn’t deserve to be shamed. Neither should he be bullied if he wears kurta-pajama.

9. Forcing Uniforms is not at all professional

This quarantine has taught us easily that there’re are many jobs out there, which do not require us to migrate from our homes. Dress code, doesn’t play a role either. When this time would be over, there would be an increase in distance jobs and freelancers.
Now, various colleges write on their websites, the reason for forcing uniforms, “We’re striving to make our students more professional and ready for workplace.”
Lie!! These days, our workplaces are getting more flexible where such cheap stuff is less bothered that what you wear. Moreover, they can wear it when they are actually at the job.
If I have to wear a shirt and trousers at a party, I needn’t practice wearing it at home for a month. I just have to put it on when going for the party. It’s that simple.

10. Excuse Burst: You won’t have to think everyday, what to wear.

This is an excuse which I find on almost every educational aggregator website. A stupid trial is made to turn this circumstance into something humorous.
When will our colleges learn, how to mind their own business?
It’s our job to determine what we should wear. This excuse is like, I’ve three choices, if I should eat banana, apple or mango. A friend of mine comes, snatches my banana, apple and mango and forces me to eat his orange. I’m literally laughing at this claim.
If logically, that’s a concern, students can fix two pair of clothes for themselves and wear them alternatively.

Corollary: A Note On The Karnataka Hijab Row

So many people were asking me that this blog post was relevant and Karnataka Hijab Row should also be added here.

Even though, I am a staunch Hindu, yet I analyzed this situation with a neutral purview and here’s what I’d like to state here. However, it is only an opinion which can vary from person to person.

Other communities have nothing to do with women wearing Hijab. They got unnecessarily triggered. Even after that, the Hindu community rowed the movement in such a direction that has neither benefitted any community presently nor will it anyhow in future.

Only, the system has assumed more power to interfere in our cultures. If today, they banned Hijabs, tomorrow they can ban Shikha, Tilak, Yajnopavit, Kalawa, Jewlery, Bindi, etc. which we can already see in various convent schools and colleges of India. Students studying in such schools where uniforms are prioritized more than their cultures end up hating their cultures. They have no relief.

Just imagine, so much of chaos by Hindus so as to get uniforms enforced strictly. How much beautiful the movement would have turned out, if the uniforms were discontinued or deemed voluntary. We don’t care about Hijabs none the less. Yet, they would have been satisfied because they would have got what they wanted. But, more men would have embraced, tilak, shikha, upanayan, kalawa etc, while more women would have felt confident coming to schools and colleges wearing sarees and adorned with 16 shrngaras. It would have given a wave of traditionalism among all the students and youth across India.

But alas! I’d rather call it a politically hijacked movement.

This article was written to open your eyes. Rather than taking advice from your elders (which should be secondary to your own) develop your own decisions after logically analyzing every aspect.
How was this article? Let me know in the comments below.

5 thoughts on “10 Proofs That Uniforms In Colleges Are Useless”