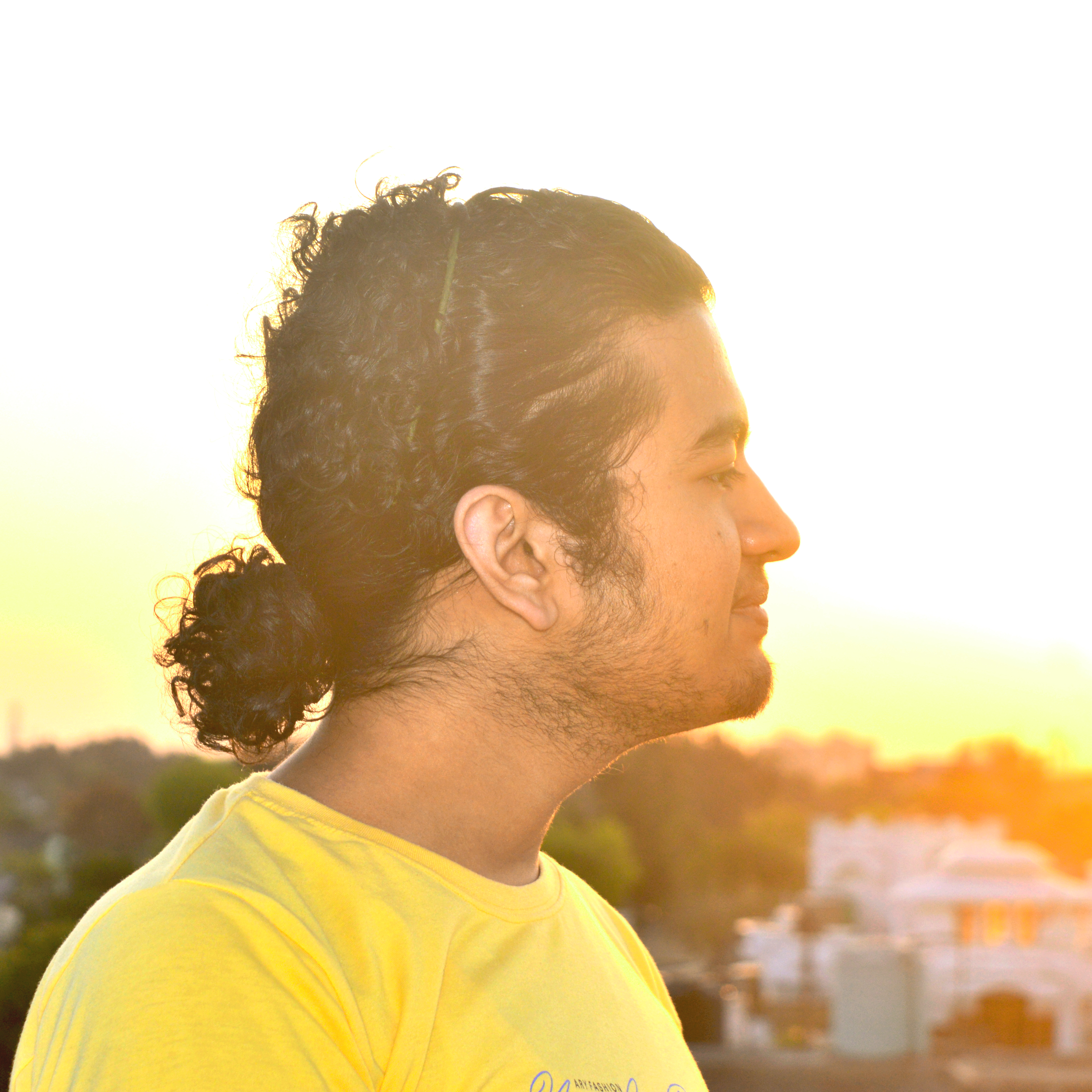 It’s been nearly a year that I’ve visited a barber. The feeling itself is liberating. But, there’s also a shortcoming that many people out of nowhere bother repeatedly that why’re you growing your hair? I don’t care about such people. But, I felt like I should share this so that you also grow your hair to reap the benefits.

Every time, you give yourself excuses that you don’t have the money, get in your mind, that you haven’t set the priorities right. There were many students in our class when we were in school, who didn’t buy the books and got the photocopies instead, as according to them, books were way too expensive. But the same students spent at least two or three thousand rupees in buying firecrackers during Diwali. The government and various NGOs distributed ration during lockdown to the poor. But many of the same poor people are now buying liquor.
I used to spend 100 rupees every month at the barber’s. If you sum it up, it accounted for 1200 rupees every year. This, I’m telling  about just haircut and beard trimming. Many people spend on even more services. My library membership fee is rupees 300. With my grooming expenses, I can arrange my library membership for four years. Why would I then bother to waste my money at the barber’s?

Whenever, I arrange to go to barber, it seems like my three to four hours are a complete waste. I have to wait for an hour or two for my turn to come when the chair is vacant. Services take another hour to be availed.  Then, I’ve to go home to bathe again and dress up. If I don’t cut my hair or cut them on my own, I save all this time.

Everyone is good at marketing. No one needs to pursue an MBA to do such stuff. Should a person be called a culprit if one instills self doubt in his prospective customer, just to get them buy his service? Comment and let’s discuss.
If yes, probably, barbers are hugely guilty of this deed. Most of the time, I hearing them saying, “You try this product.” “You do this to your hair” “You can try our service” “You’re not looking good right now.” “Dye your hair.” which can lead to body shaming.
You must realize that if your hair are white, they need treatment for which henna, fenugreek and curry leaves can heal it while expensive dyes cannot. If your hair are curly, let them stay the way they’re. Do the same if you’ve straight hair either. Your dissatisfaction with your body is driving the beauty industry. Remember that.

Your dissatisfaction with your body is driving the beauty industry. Remember that.

For the starting months, when I was just growing my hair, I still used to get my beard trimmed from the barber.
Once, Barber said to me, “Don’t your college personnel say anything for your long hair?”
I replied, “No, they’re open minded.”
“They don’t look good on you.”
“But I like them.”
From that moment, I stopped going to the barber for any reason.

4. Increase The Life Of Hair

Many people with long hair think that they don’t need to take much care of their hair. They wash them daily and take them too casually. The result is that people with shorter hair lose them faster than the people with longer hair. I don’t have any such data to back my claim but I can give you a hint. Sikh community has added it to its beliefs that every Sikh shouldn’t cut his hair. You can search out if there’s any such person in their community who has had a massive hairfall in his old age. Many of the short haired people are completely bald by the time they’re seventy but you won’t find any person from Sikh community falling to this error, skin diseases taken to be an exception.

Long ago people in many cultures didn’t cut their hair, because it was a part of who they were. There were no salons. Often, when people were conquered or enslaved, their hair was cut as a recognized sign of slavery. It was also understood that this would serve as punishment and decrease the power of those enslaved.
The bones in the forehead are porous and function to transmit light to the pineal gland, which affects brain activity, as well as thyroid and sexual hormones. Cutting bangs which cover the forehead impedes this process.
When Genghis Khan conquered China, he considered the Chinese to be a very wise, intelligent people who would not allow themselves to be subjugated. He therefore required all women in the country to cut their hair and wear bangs, because he knew this would serve to keep them timid and more easily controlled.
hairs are the antennas that gather and channel the sun energy or prana to the frontal lobes, the part of the brain you use for meditation and visualization. These antennas act as conduits to bring you greater quantities of subtle, cosmic energy. It takes approximately three years from the last time your hair was cut for new antennas to form at the tips of the hair.
Every person who has long hair can sense the danger even while he is sleeping.

If any person asks you to cut your hair, you should tell them the benefits of growing your hair. Even if they still persist, which they’re likely to, ignore them. In schools, it is difficult, because, there students are dominated hugely by their teachers; but in college, if such thing happens with you, you should protest. A college can impose uniform, but imposing any particular hair style is unethical. In some places, exceptions can be taken, like army.
So, how did it go? Did you get to learn something new? Comment Below.
Bibliography:
https://energyiseverythingeie.com/articles-gage/long-hair-the-spiritual-benefits