Due to the present circumstances, the Diwali of this year lacked the vigor it had last year.  The ritual of gifting and visiting each other was nearly less than half. Crackers were banned in Delhi NCR, so noise and pollution was less as well. Whatever was caused has also now been settled, since it rained on Govardhan night.

Well, whatever, has happened, I’m sharing the Diwali pictures with you. I’m uploading only 10 pictures. Since the time I’ve migrated to WordPress, things have been quite smooth with me. The only thing I find irritating these days is uploading pictures. I’ve to compress and convert all the pictures before uploading them, which makes me procrastinate often. There’s no way of resorting back, since I’ve spent money on it now.

Lit these Diyas additionally and dedicated them to the soldiers of our country. 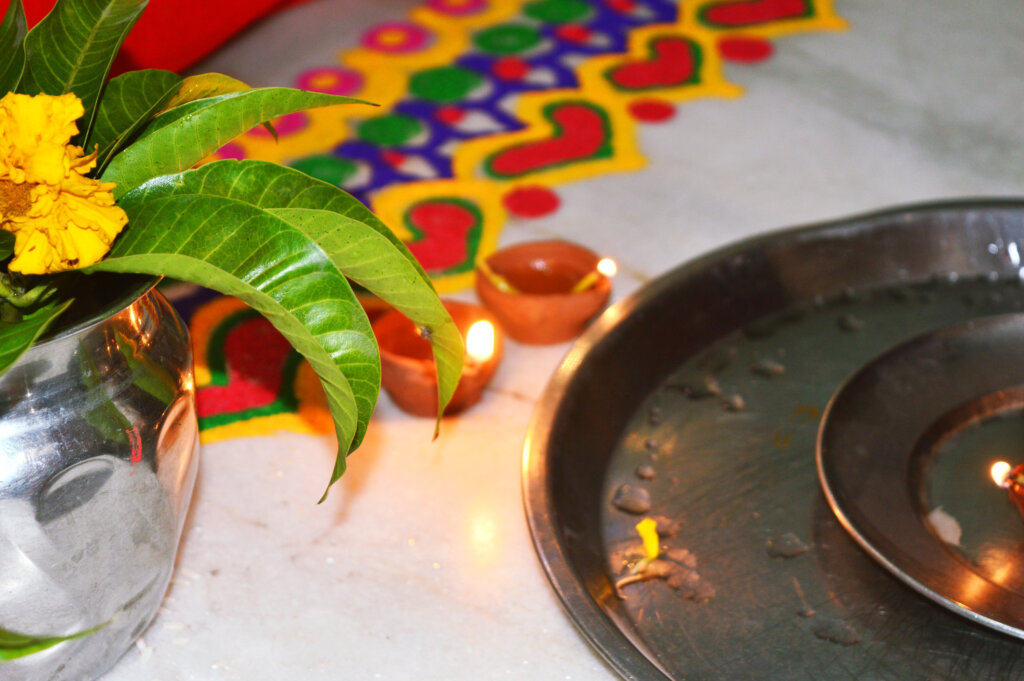 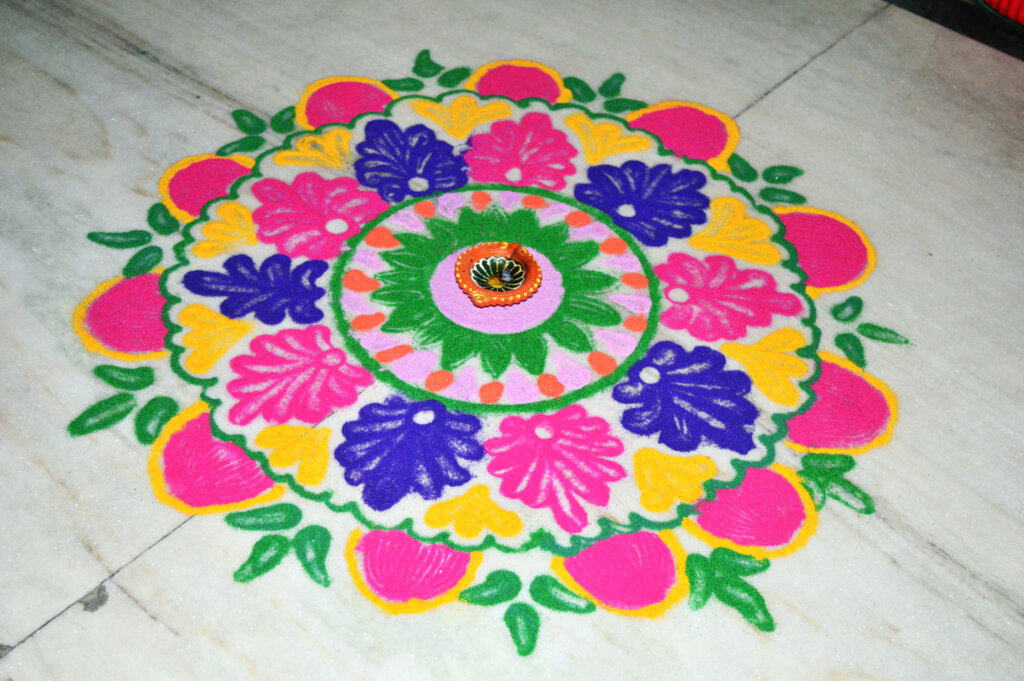 A big rangoli, my sister made. 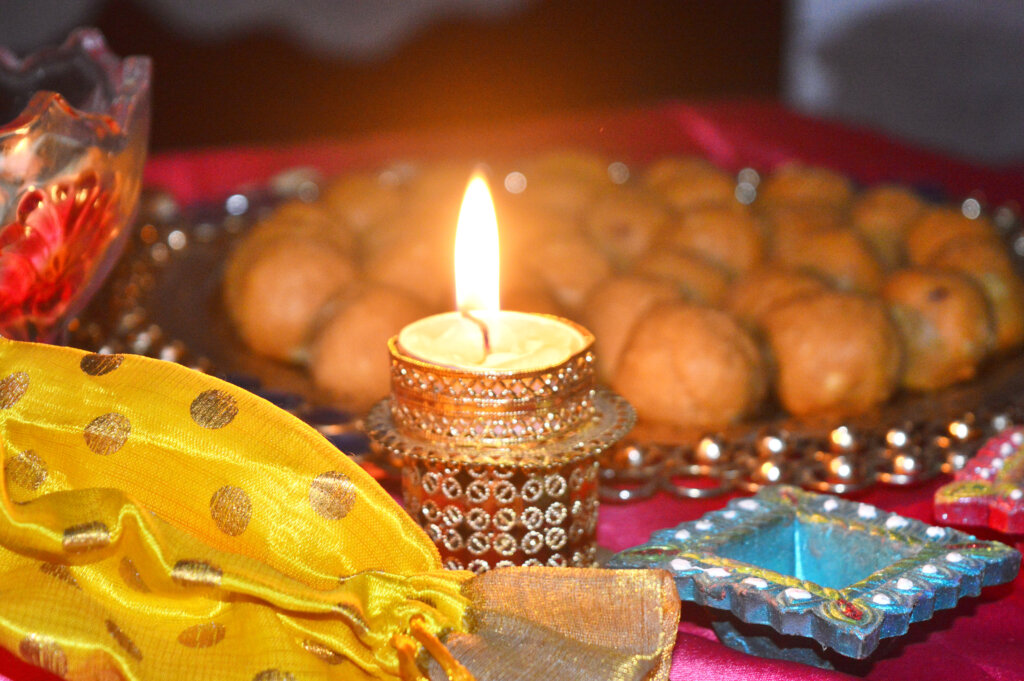 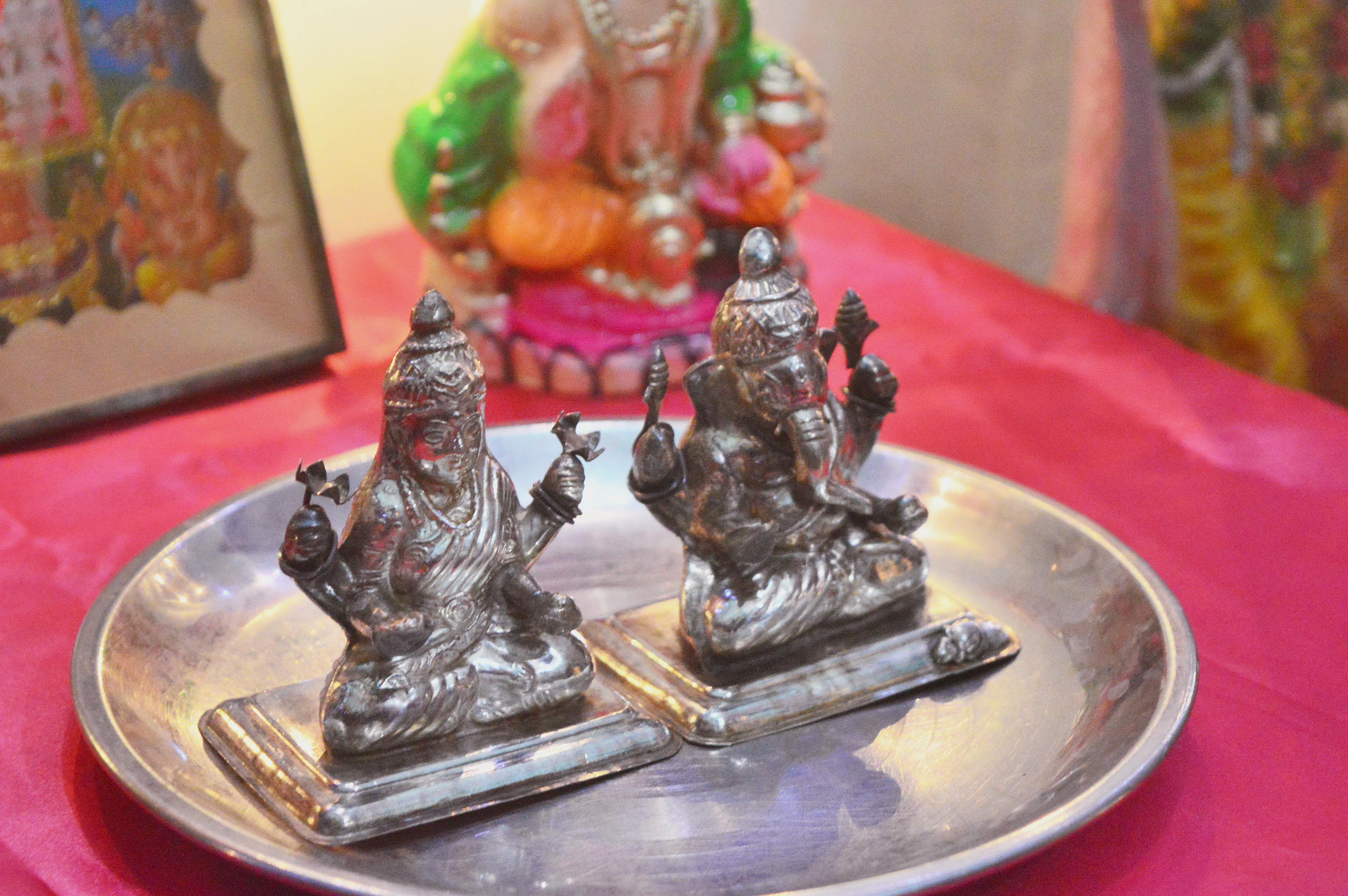 Idols of Ganesha and Lakshmi ji. 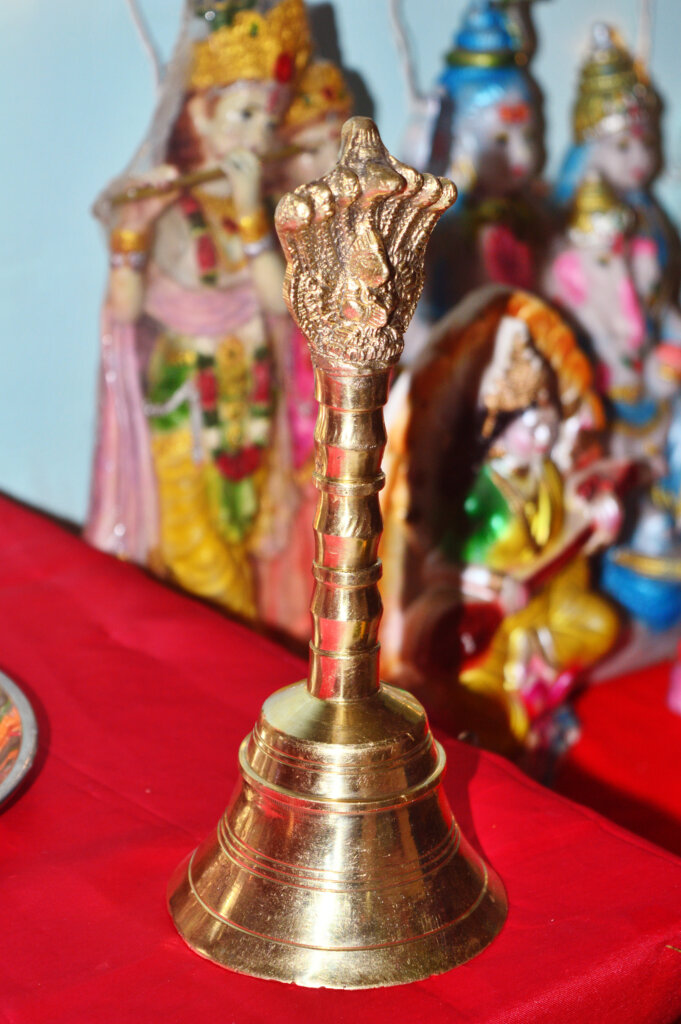 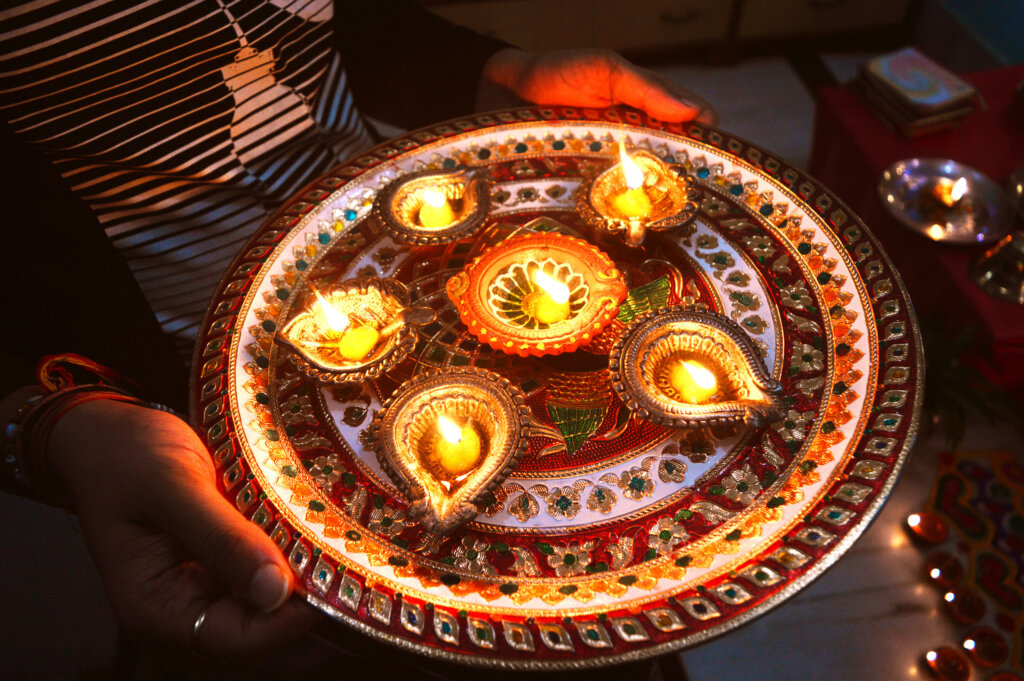 Metal Diyas made by the tribal craftsmen of Chhattisgarh. 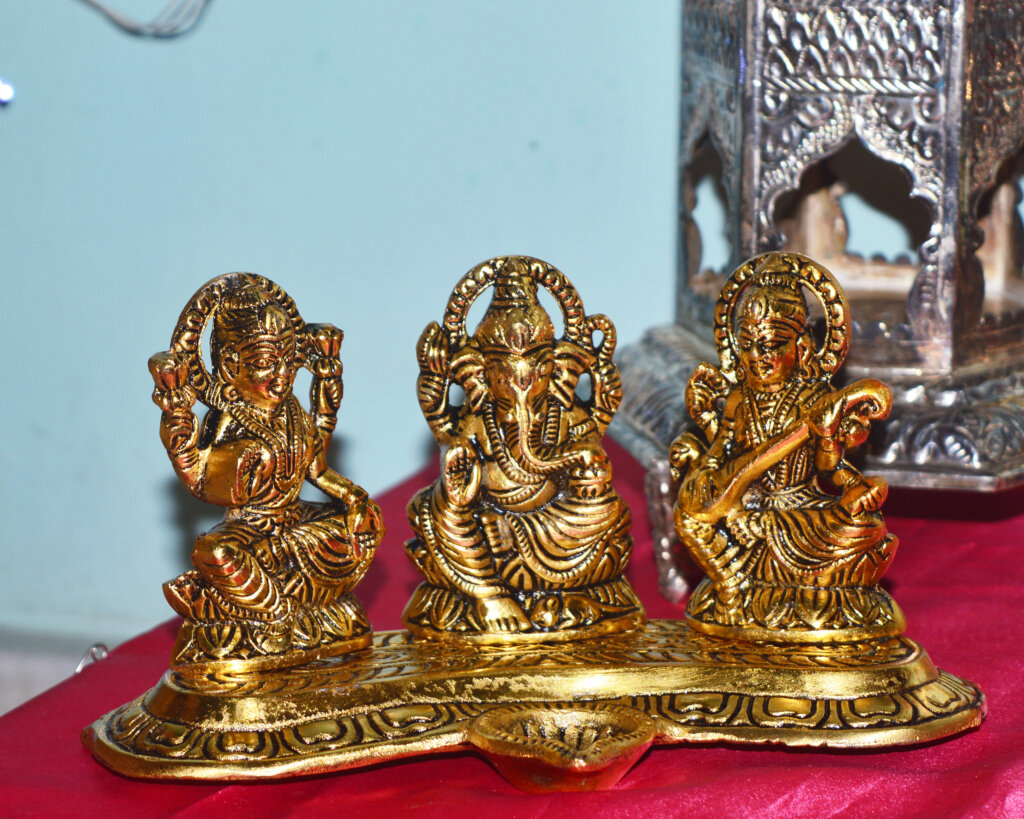 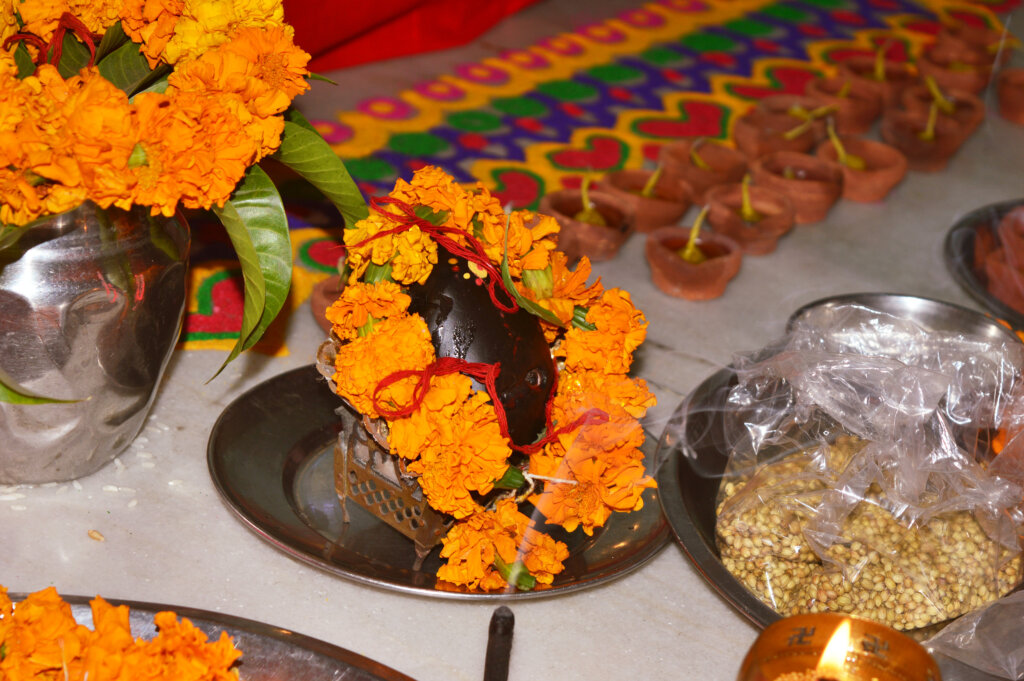 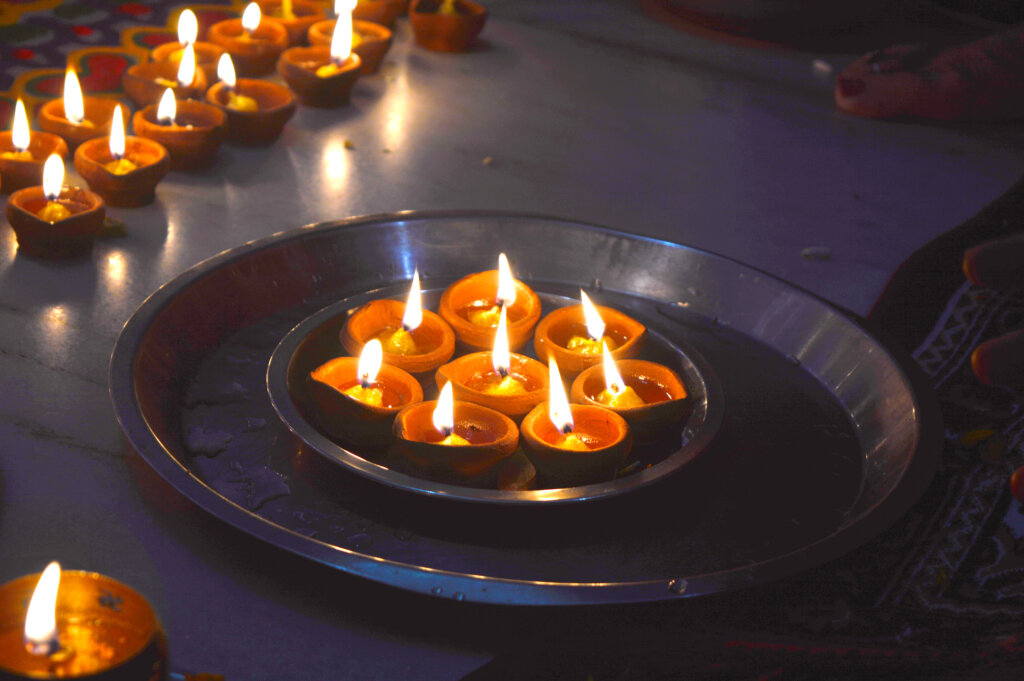