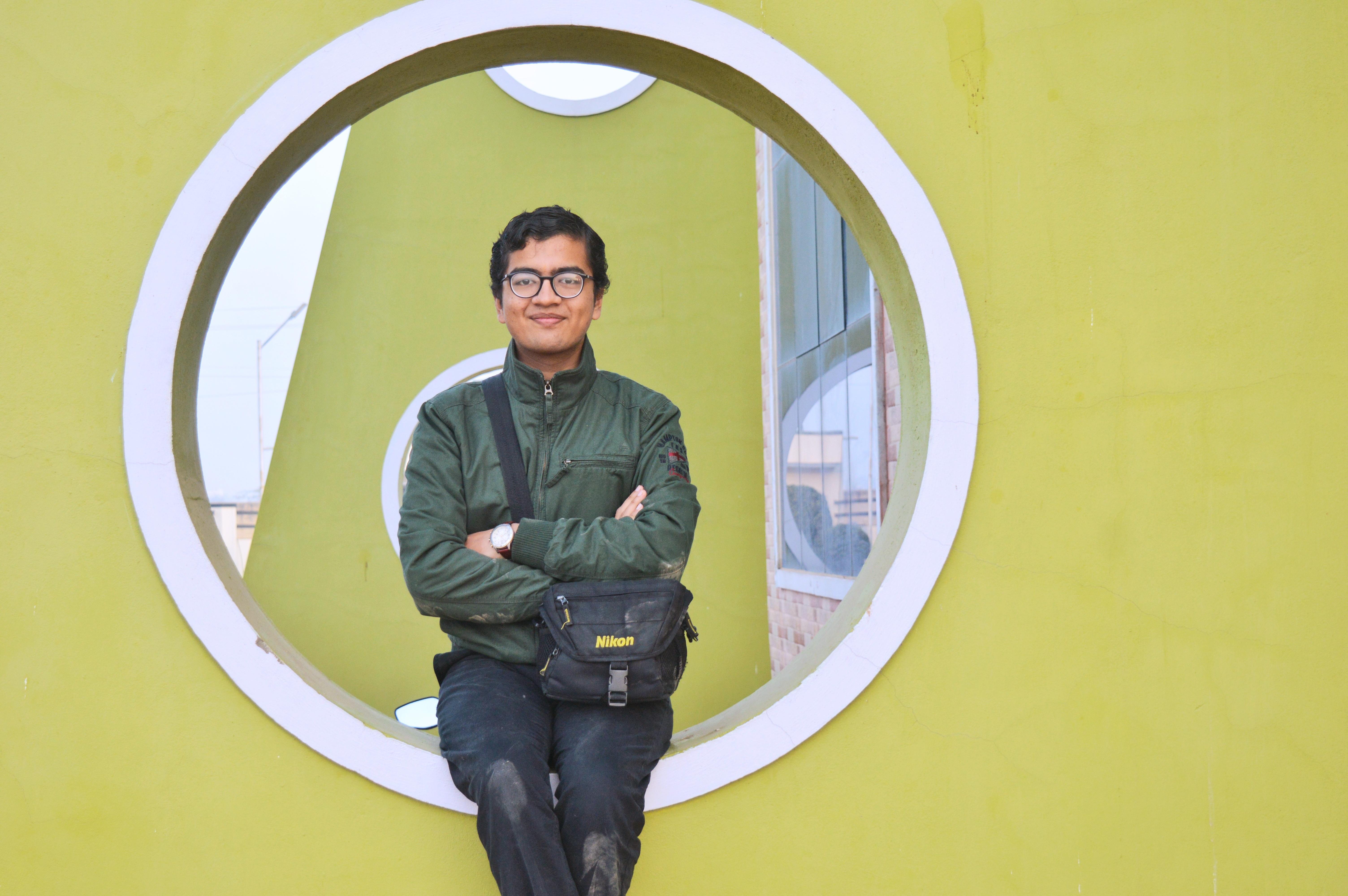 PILANI
I recently got an opportunity to visit Pilani with my family. It’s the place where my dad received his primary and secondary education. Most of the tourist places in Pilani belong to Birlas. I really appreciate that.
Pilani is situated on the border of Haryana and Rajasthan. It has a sandy soil as it is a dry region with less water. But some farmers here are smart enough to use sprinkler irrigation. The belt starting from our Uttar Pradesh and extending through Haryana and Punjab to Rajasthan is well known for the mustard.
Also the carrots of Rajasthan grow to a long size, don’t know why. As we were travelling through the car, we found that People living in adjoining areas of Pilani which itself is a part of Jhunjnu district, use Camels for ploughing their fields. Many people graze sheep and buffaloes for living. We read it in history of class 9th right, grazers and herders communities who roam in grasslands.
ALSISAR
The greenery was fluctuating. We had to go to Alsisar to see the palace. The reception of the hotel told us that we would also get to see the desert. Hosanna! Mandrella and Malsisar fell in the way.
The roads were narrow and I found that they were unleveled too. As a consequence, the car itself was facing ups and downs. The women had veiled faces. I saw that Rajasthanis maintained the system of old water tanks to supply. Amazing!
I also saw langurs occasionally .
Finally we reached Alsisar, which we realized was once the capital of a princely state. There were many havelis. The entry to Alsisar Mahal for which we had gone there was closed. The gatekeeper told that they only entertained online registrations.  We clicked a few pictures and had to return.
This incident didn’t dishearten me, because, We mustn’t let the excitement inside us die or else we’ll grow old and die. 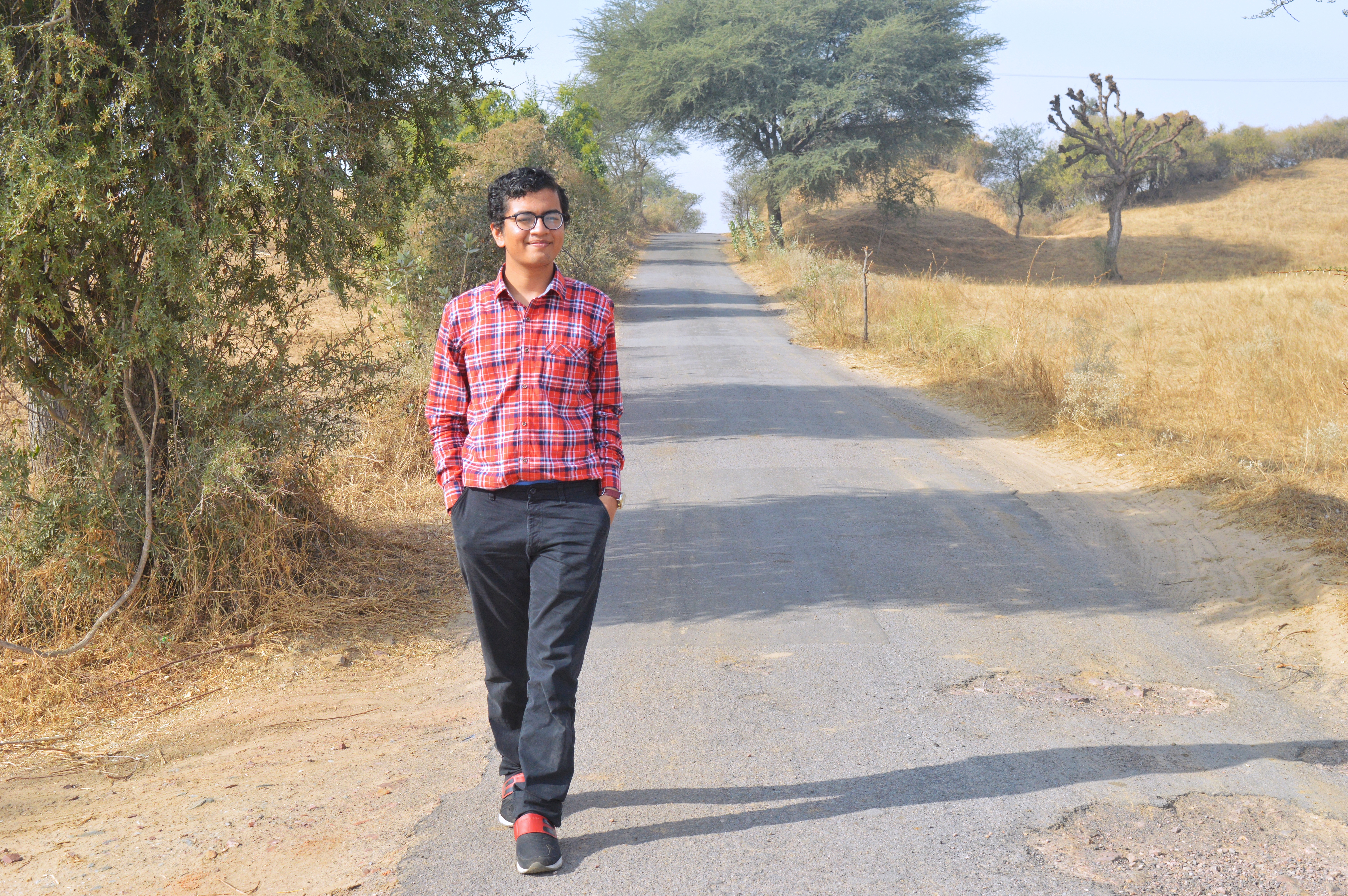 In the way, we got some pictures in a desert.
Basically, three types of trees are found, Teent, Kikar and Beri. 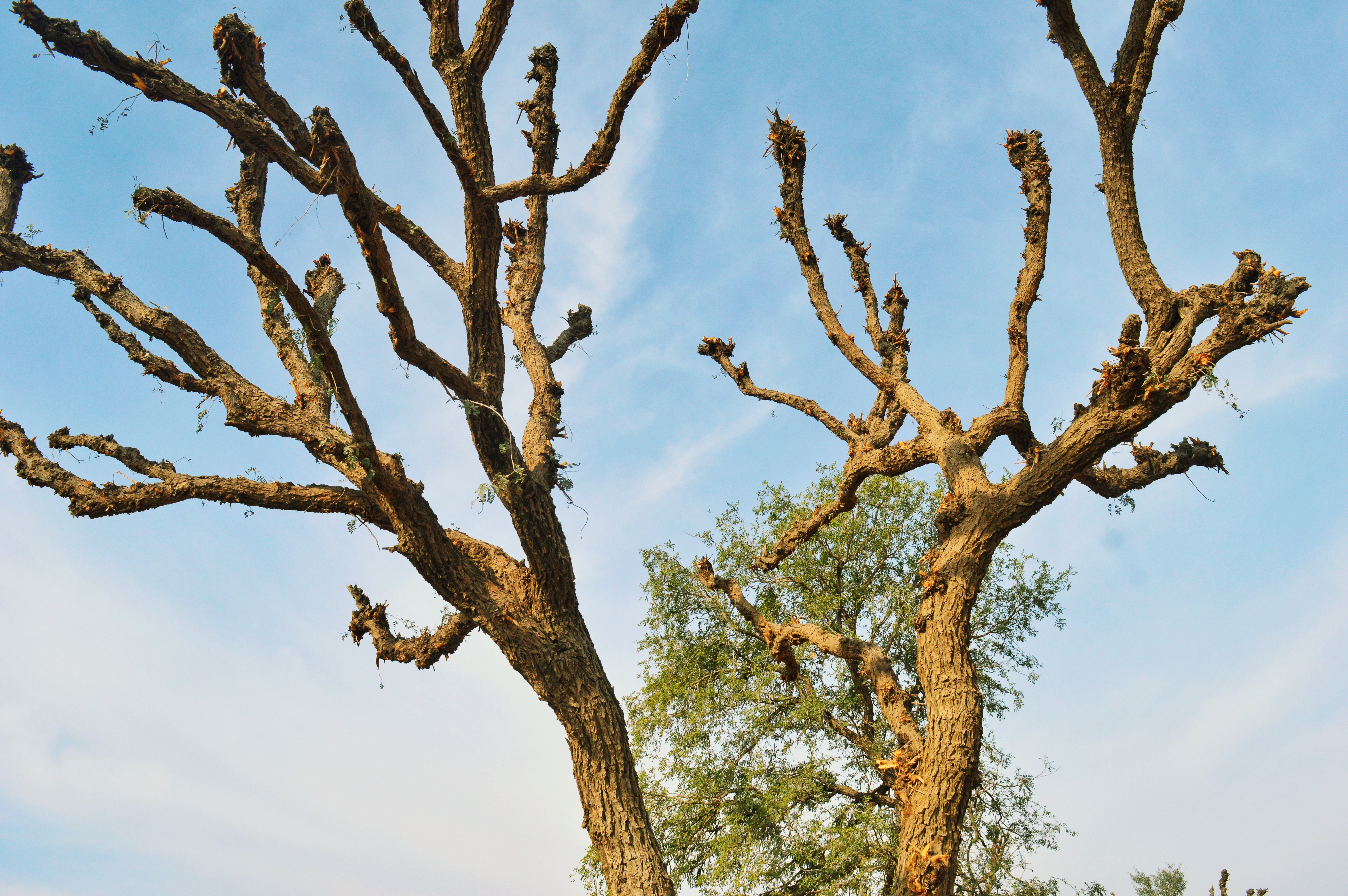 BITS
In Pilani, we visited BITS Campus. Now you must ask, a college campus? Yes, but it is a tourist place itself. Inside it, you can visit Saraswati Temple, which is straight in front of BITS main building. It’s a beautiful white temple and a beautiful destination for photogenic people.
Next we visited Shiv Ganga, which was not open then, so I’m not going to post its pictures. But yes, we visited Shiv Ganga Market near it , also known as Connaught Market. There I saw a differently styled Auto.
The market is a beautiful arched building. But I suggest you to not to expect anything significant from the commodities the shops offer.
Near Shiv Ganga Market, there is a garden where we found Peacocks. The pictures are not worthy of uploading as birds are quite swift in nature.
We visited Dad’s hostel, which made him feel nostalgic about his school days.
Near Pilani, there is a village Chidawa which is famous for its pedas. It’s nearly 15 km from Pilani. But don’t worry, I’m not suggesting you to visit Chidawa, you can find many Halwais selling it in Pilani only.
Returning back to the hotel, I played a lot with the car and got photos with it.  It felt as if I was a child again. 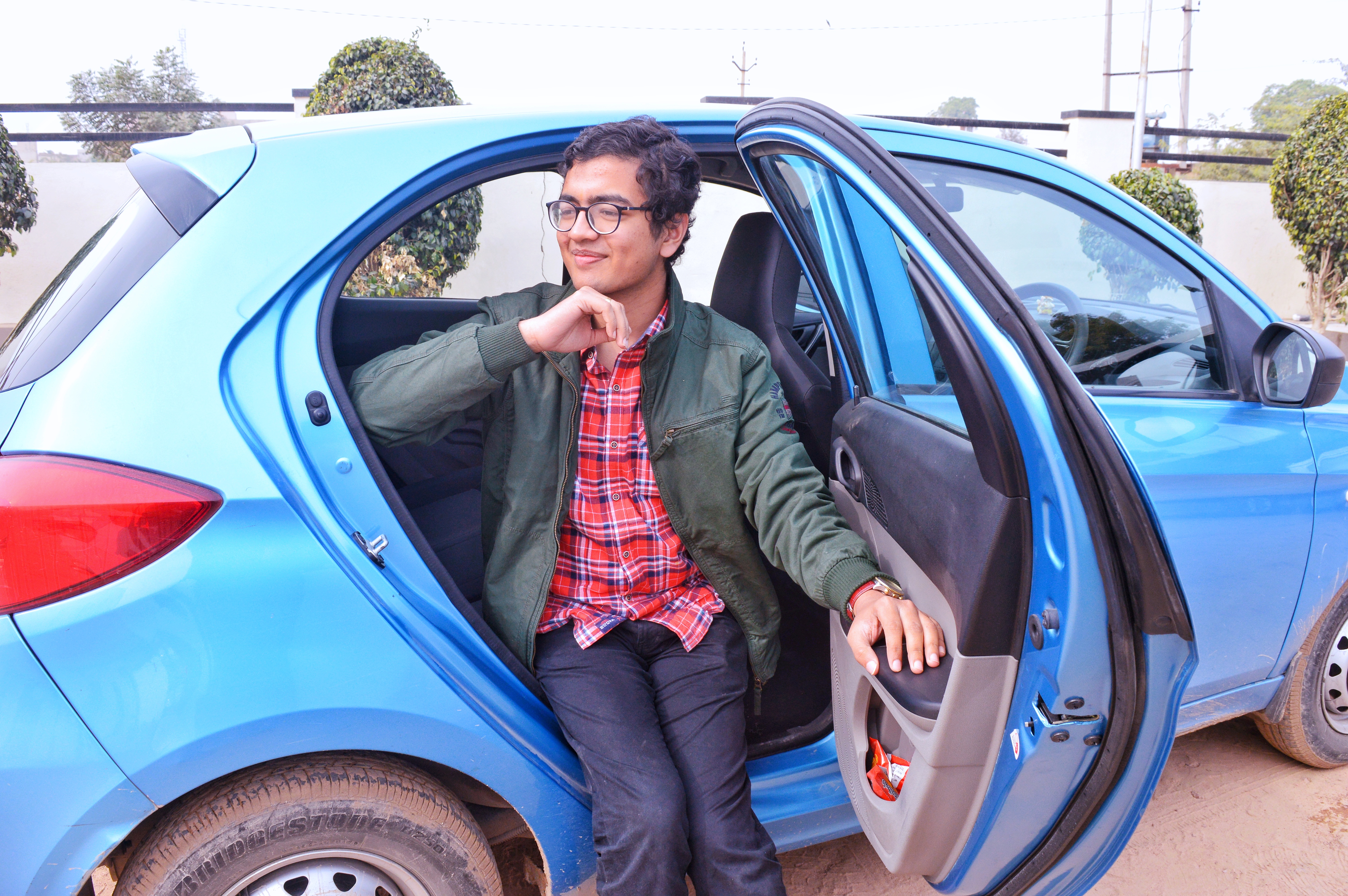 For the first time in my life I saw wood peckers. But before I took a picture they flew away. Outside our hotel, there was a pond which was too polluted. There I found some big black birds which were too beautiful.
HARYANA
The next morning we returned back. We stopped at morning in Rohtak at a Dhaba for breakfast, they gave us a large sized aloo parantha , but it was tasty. In Uttar Pradesh , Haryana and Rajasthan there is a craze in the minds of rurals for Hukkah. I saw it in many Dhabas.
Next we stopped at Gohana, which is famous for its Jalebas. Jalebas are big jalebis each of which weighs 250gm. It was invented by Maturam Gupta in 1958. From that time, Jaleba has gained even international fame. Every halwai in Gohana makes Jaleba and honours himself as a disciple of Maturam.
I tasted it. It was like a lava of flavoured sugar syrup flowing into the mouth.
Gohana and Rohtak are well known for their Marigold farming. In Uttar Pradesh and Haryana you’ll come across many ponds on the outskirts of every village. In Rajasthan they are replaced with big lakes and baolis.

You can wear summer clothes comfortably in Pilani as the morning temperature is as high as 26 degree celsius these days, but you will need woolens and blankets at night.

Getting your pictures clicked in Rajasthan wearing Rajasthani clothes is fascinating, right?
If you expect this place to be something like an impact of traditional rajasthani culture, then you must think over it again. Here, you can find rajasthani architecture easily but there’s no merchandise shop to buy rajasthani clothes from. So you should buy them online in advance.