Skip to content
Shukratal is just half-an-hour drive away from my home. This is not just a place or pilgrimage, it’s a heritage. This place has it’s own spirit of being. We make sure to visit this place at least three or four times in a year. Though, because, it’s not possible to visit every place of this village every time we visit, I shared a blogpost of visiting it exactly one year ago when we visited atop the tila (The cliff where the Shukdev Ashram is based. That’s where, the Bhagwat Katha was told for the first time. Eventually the whole area came to be known as Shukratal or Shukteerth.)
This area falls under the Khadar region. The lands here are very fertile because they’ve alluvial soil.
You know of Mahabharata. You also know that Gita is a part of Mahabharata. But I must tell you of an incident you might haven’t heard of before.
Before Mahabharata, Pandavas were hopeless and anxious. Their army was small. Their cousins were their opponents. They were to certain degree not confident about their victory.
To cheer them up, Lord Krishna, brought them to the Khadar land, on the banks of Ganga river. Here, they did Yagyas and Yog Sadhana for a few days. A few days of isolation restored their energy and they were able to fight the war with more zeal.
I personally feel that several renovations need to be done in this place. Tourism needs to be boosted. But even while having this thought, I’m caught in a dilemma. Tourism can drive revenue to the people, but can also severely damage the serenity of the place.
Bhopa and Morna are the adjoining towns which have 1505 hectares of recognised reserved forests classified under Hastinapur Wildlife Sanctuary. Tourism can be boosted using this factor. Recently, in the Muzaffarnagar district itself,  Haiderpur Wetland was declared a site under conservation. It is a hub of migratory birds (62 species). Moreover, Gharials are also being planned to be released in Ganga River.
Secondly, several policies should be worked out for the upliftment of residents of adjoining areas. Because of deforestation, several wild animals escape and run into these areas causing havoc. Even, I’ve seen. Once, while returning from Shukratal, our car was about to collide with a nilgai.
Now, Let me come to the Ganga Ghat itself. Many people complain, that the Ganga on the ghat is not actually the mainstream but just a distributory.
I decided to write this post, because, yesterday, I was clearing up my PC’s memory and suddenly, I found some pictures which I clicked two years back.
Also the CM of our state (Uttar Pradesh) is going to visit Shukratal on 14th July 2019 on the occasion of death anniversary of Swami Kalyandev, a saint and social reformer. Thus, I’m writing this post in his honor.

The Ganga Ghat at Shukratal is a beautiful one. It is less crowded and less polluted. In 2013, the local government, ran some tests of the Gangajal here and found it to be pure. Ganga is a free flowing river. I don’t know why but, whenever, I see any water body, I seem to be lost in it. Rivers are free flowing, they never stop, they make their own way. They’re pious. Sometimes, I feel that I must keep sitting to gaze at it. My mind waves.
By looking at a lake or pond, I feel as if time has stopped. I feel relieved.
In Shukratal, Ghat is only at one side of the river. At the other side, there is greenery; forests and farms. 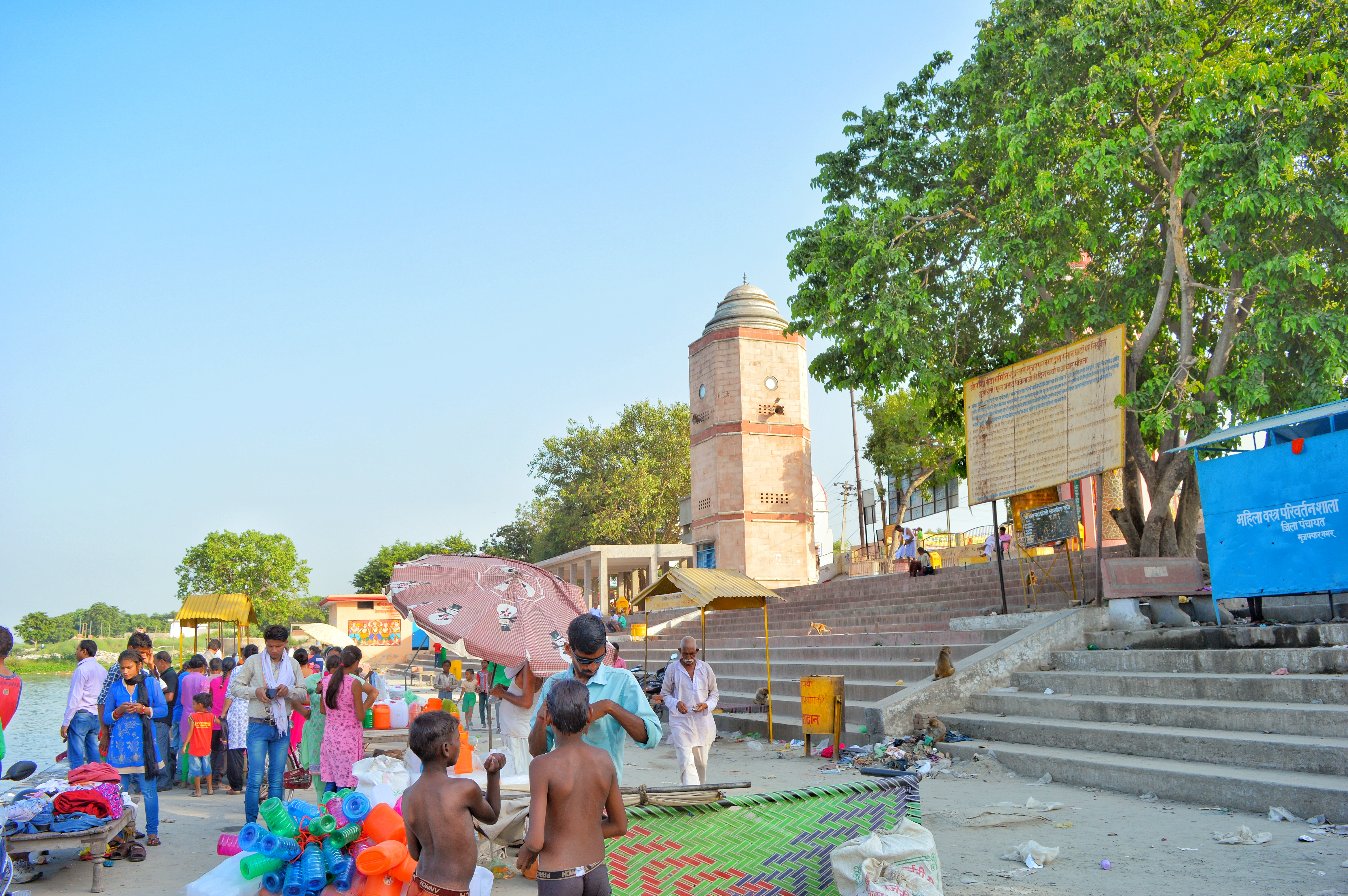 Other Places To Visit In Shukratal

I’ve already discussed about Shukdev Ashram in another post about Shukratal. Click here to read it.
Let me tell you about other places.

It has a big statue of lord Hanuman which has 700 crore names of Lord Ram. It has various small temples of different hindu gods and goddesses. They’ve also recently opened up a big kitchen where you can participate in bhandara. I’m not sure about the timings. 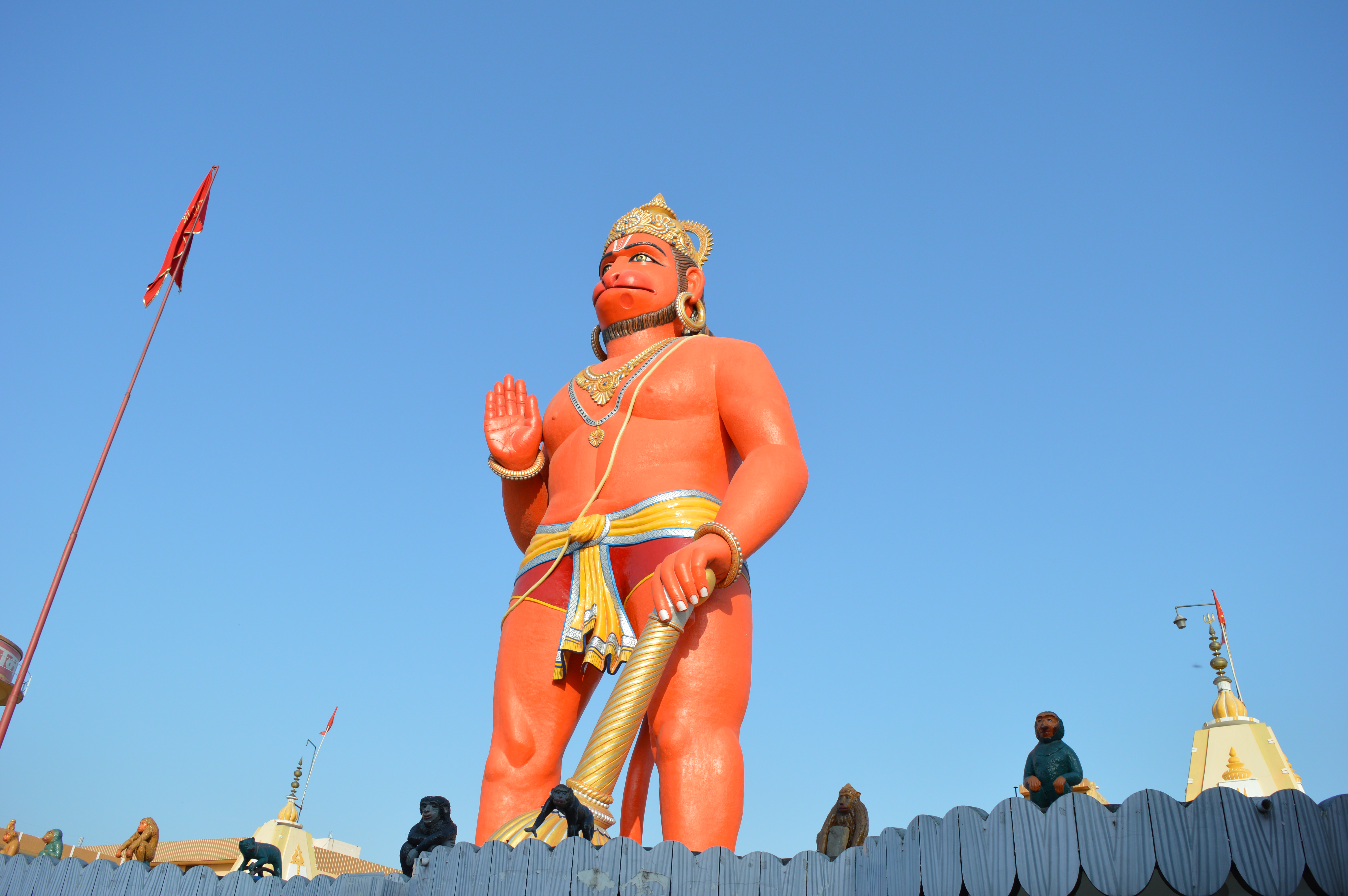 It has a big statue of Lord Ganesh.  It’s just in front of Hanumatdham. 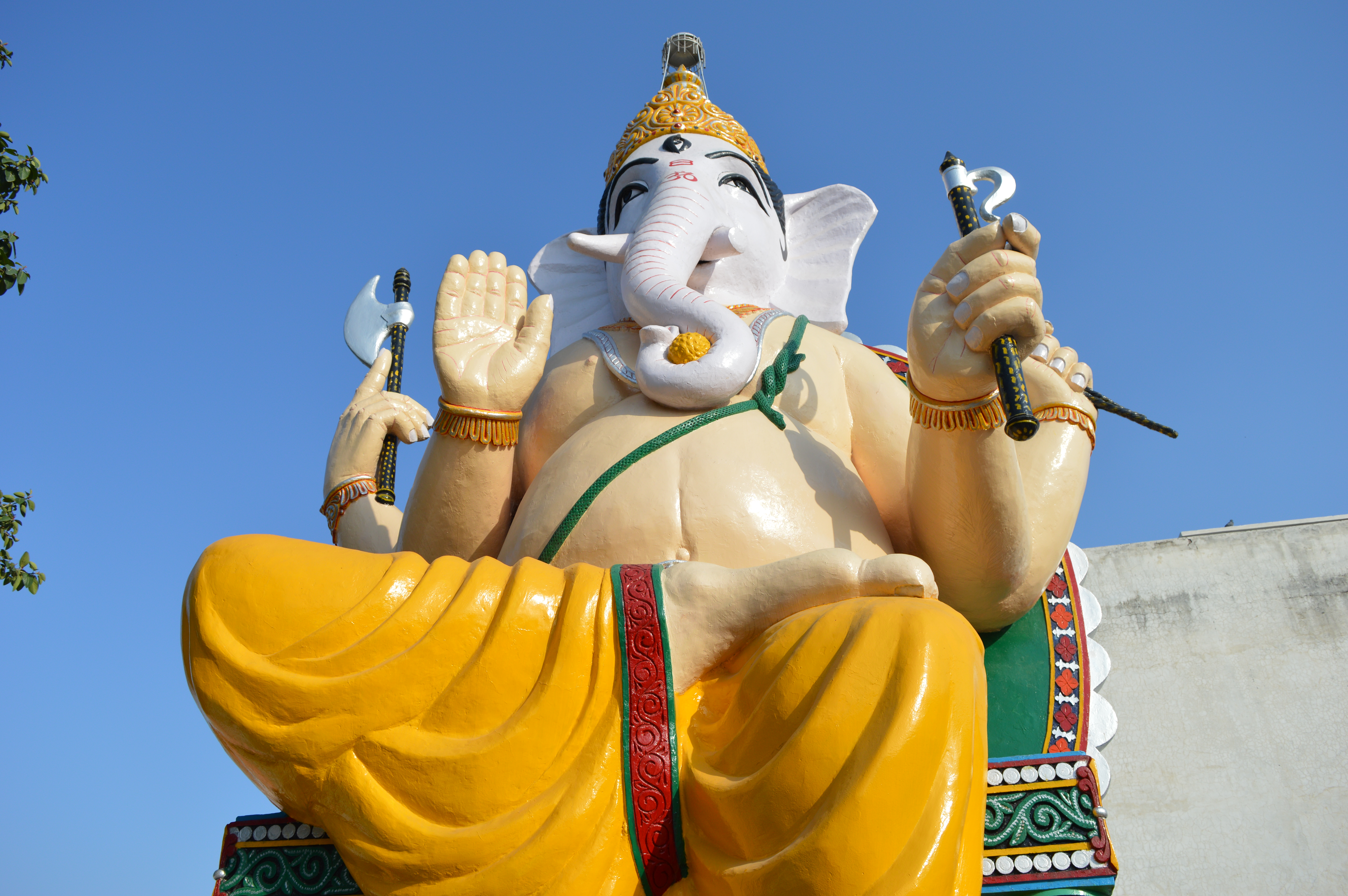