Skip to content
Just after two days of Diwali comes Bhaiya Doj. It’s a beautiful festival celebrated for the re-union or get together of brothers and sisters. This Article is not going to be much long. I’m just going to get you familiar with the background of this festival and how we celebrated it. 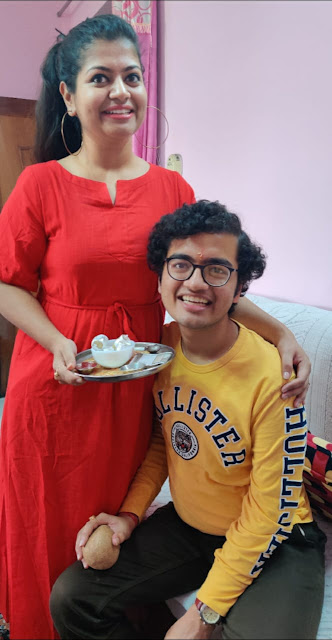 How was the celebration of Bhaiya Doj started?

As per the Hindu history, Suryadev’s wife was Sangya Devi. She had two children, Yamuna and Yam. Yam is also known as Yamaraj, who found Yamlok where terrible people are punished for their misdeeds after their deaths. While Yamuna took the form of a river. Sangya Devi couldn’t bear the scorching heat of her husband so she left and came on Earth as Tapti river. Suryadev married Chhaya Devi from whom he had Shanidev.
Yam hadn’t seen Yamuna since a long time, so he sent his servants to search for her. Finally, he found her on the Vishram Ghat in Mathura. They reunited and from that day, Bhaiya Doj started.
Another story is featured about two men begin on a journey to meet former’s sister on Bhaiya Doj, there the latter finds himself a sworn sister. Due to some illness related to snake he falls sick and his sworn sister leaves her home to nurture him for twelve years. After he recovers, he insists her to go with him to his home. His mother had already lost six sons and expected the destiny to take the seventh one as well. To break the spell, the sworn sister does all the unlucky deeds during his activities thus finally getting the lives of all her seven brothers and six sisters-in-law.

How is Bhaiya Doj Celebrated? 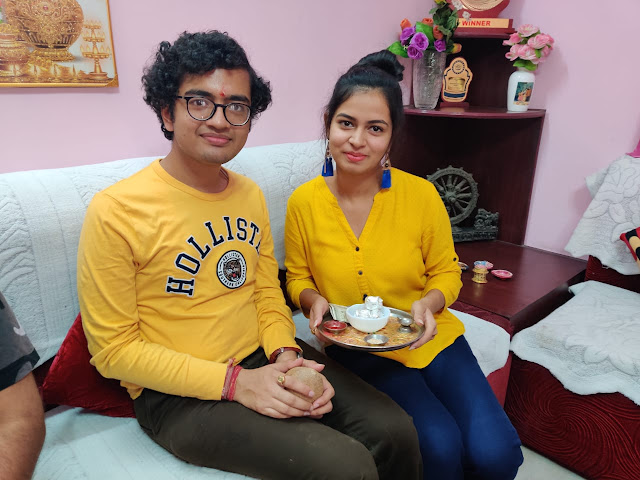 On Bhaiya Doj, sisters paste vermilion on their brothers’ foreheads and then further stick rice on them. Brothers give cash or kind to their sisters after which the sisters feed them with any sweet and gift raw coconuts (gole) to them. 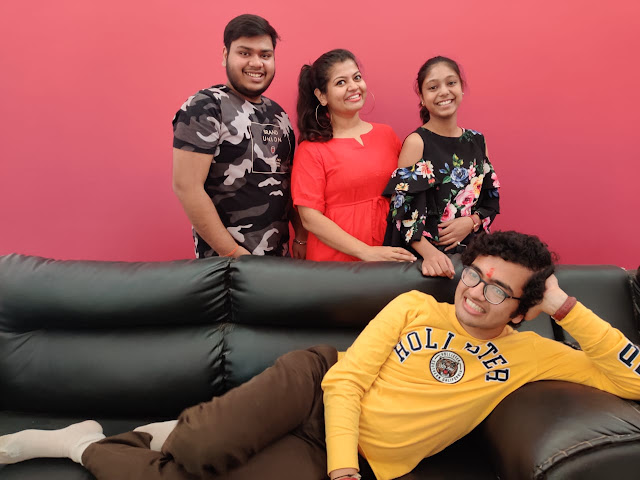 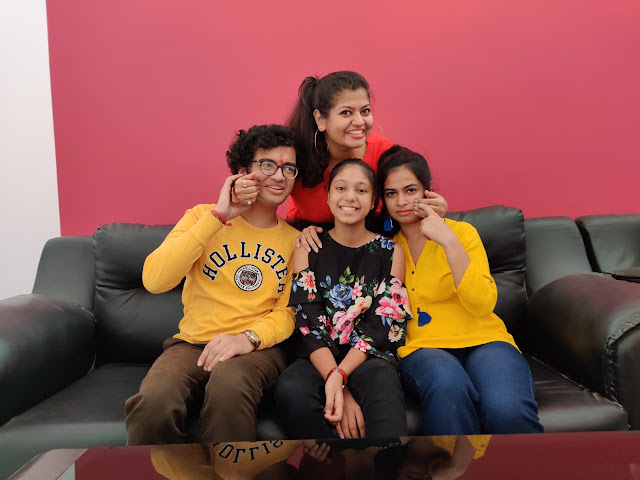 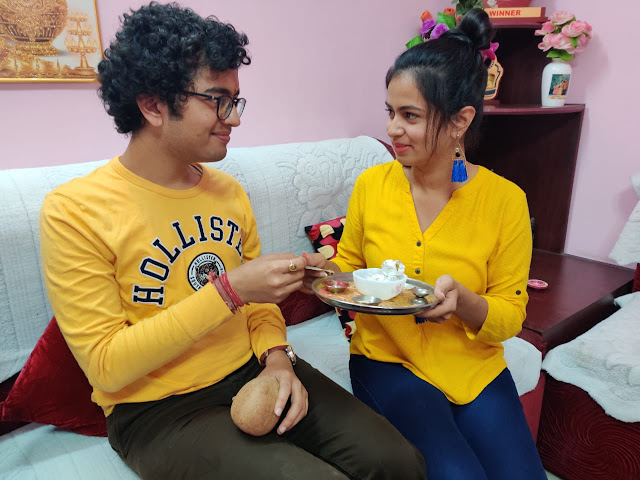 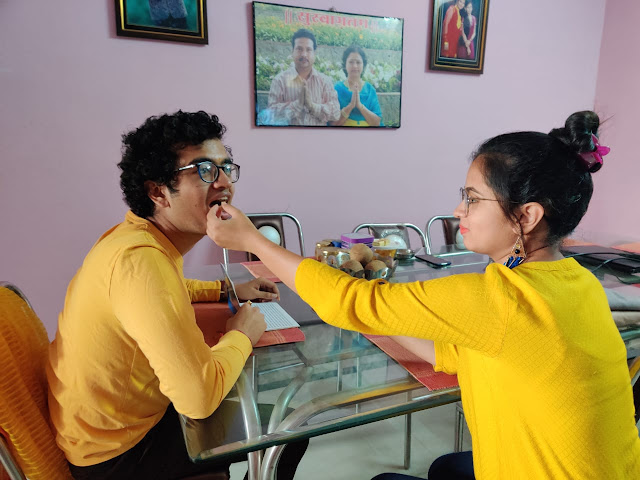 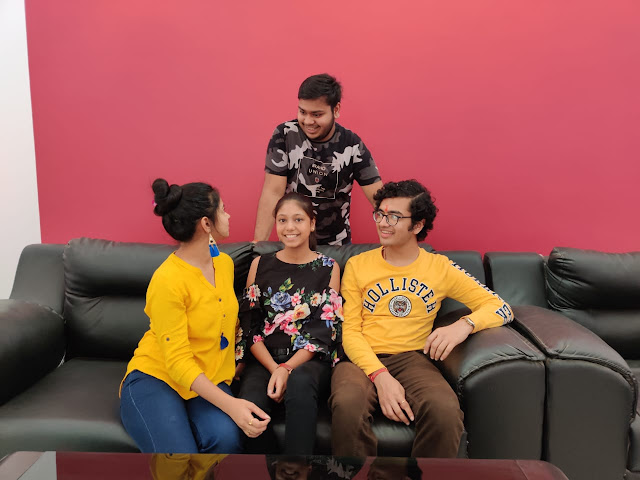 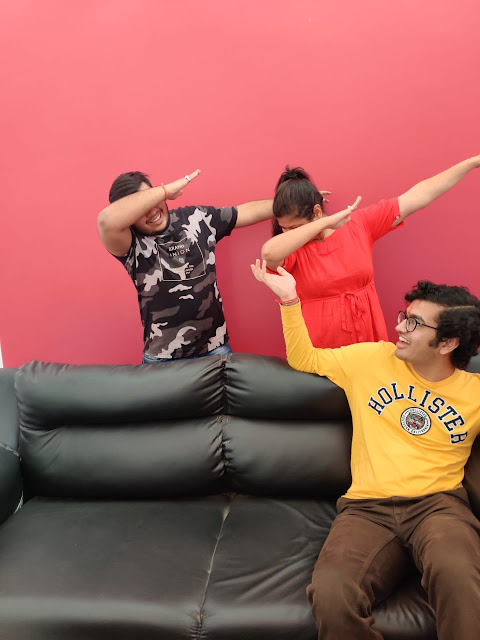 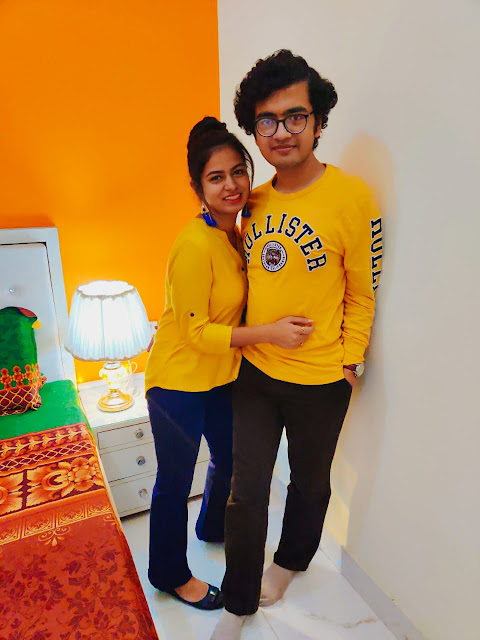