Skip to content
On 9th February, which occurred on Sunday this time, I was at my hostel. I was eager to relax a bit as the entire week was very tiring with that non-stop college-library-study-eat-itinerary-sleep-repeat regime. I wanted to rejuvenate.
I called my friend, who was fortunately available for me. As it’s my habit, I don’t unnecessarily disclose someone’s name. So, let me continue the same fashion.
If you are in Dehradun, the buses for Mussoorie are usually available at the railway station. The railway station was closed for ninety days due to some re-innovative purposes. It had opened just a day before.
Now it looks way more beautiful, jut like that of any European country. It reminded me of our toy train ride from Ooty to Coonoor.

It was mostly spare as not many people yet know that the station is functional now. I was astonished to see that the railway station has a library for its employees. This is really amazing. I literally believe that not only in schools but libraries should be there in workplaces as well. Employees also deserve to grow.
The buses are usually of Uttarakhand Transportation Corporation (Uttarakhand Parivahan Nigam). The rate is Rs.60 per head.
Keep some water and eatables as the way is quite hectic. Because, I’m quite habitual of travelling, that’s why I didn’t fall into that error; otherwise I saw a lot of people retching. Try to avoid motion sickness. Have only light meals before travelling.
Mussoorie is really a beautiful place. I’ve already visited in five or six times with my parents. But, this time I was with my friend. This time it snowed. Some things were different then.
We visited Company Garden. At that area, there were heavy snow ridden areas which made me really happy. I guess, I might not be able to express it, so you just need to watch the pictures. 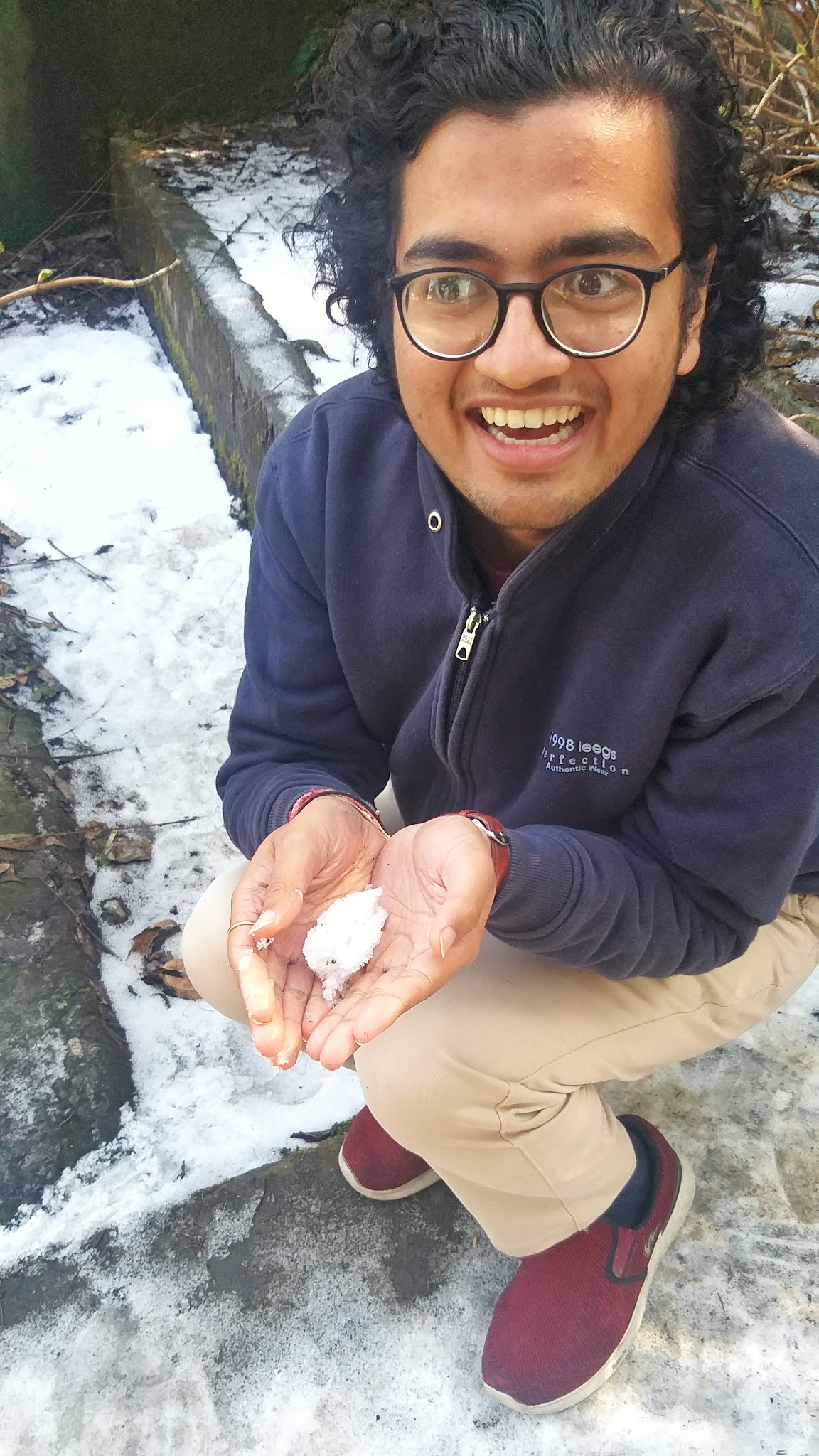